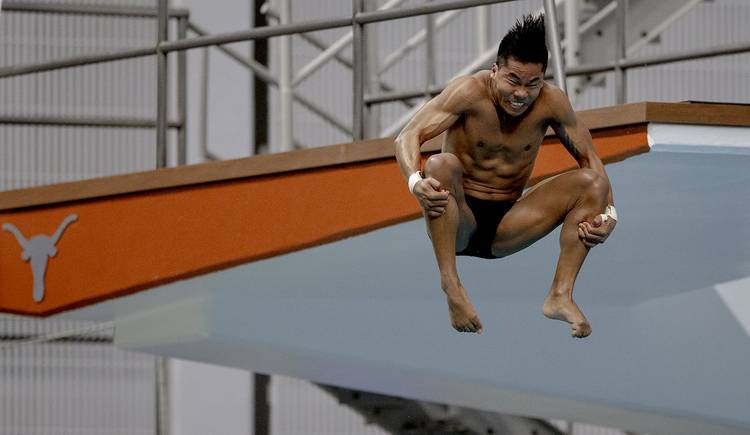 The men scored 1,127 points while the women finished with 1,012. Neither second place team scored 900 points.

Daniel Krueger won the 100 freestyle with a time of 41.26, a Big 12 record. Maxime Rooney finished second while Drew Kibler took third. Claire Adams won her second title of the meet with a time of 48.03 in the women’s 100 free.

The Texas men finished off the 400 freestyle relay with a win in 4:48.56. Rooney, Kibler, Krueger and Matthew Willenbring. The team of Adams, Cook, Semenuk and Pash took the women’s race in 3:14.24.