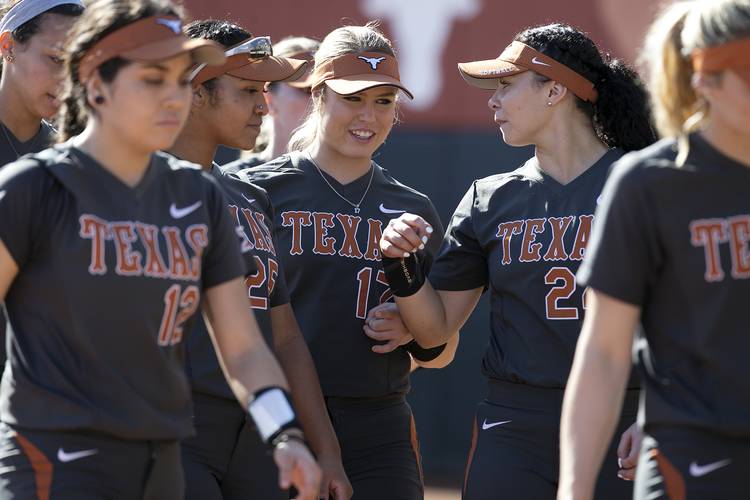 When Texas opens its softball season next week, all eyes will be on sophomore catcher Taylor Ellsworth.

On Wednesday, Ellsworth was one of 50 players placed on the watch list for the USA Softball National Collegiate Player of the Year award. Ex-UT pitcher Cat Osterman earned that honor in 2003, 2005 and 2006.

Last year, Ellsworth enrolled at UT during what should have been the second semester of her senior year at Georgetown High. She made an immediate impact and led Texas with her .394 batting average. In addition to becoming the Longhorns’ starting catcher and an all-conference honoree, Ellsworth contributed three home runs and 24 RBIs.

The 25 finalists for the 2018 USA Softball Collegiate Player of the Year award will be revealed on April 25. That list will subsequently be chopped down to ten finalists on May 9 and three finalists on May 23. The winner will be crowed on May 29.

Who threw the tighter spiral, Aaron Rodgers or Jordan Spieth?