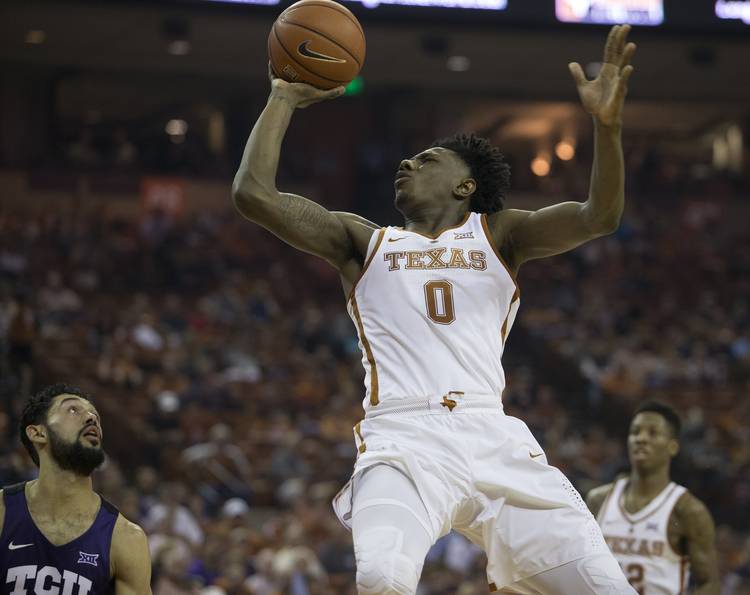 Hundreds of college basketball players are transferring this offseason and many are players who can have an impact on a roster once they’re eligible.

One of those players in Tevin Mack,  the one-time Texas leading scorer who was suspended during the season and ultimately was given his release following the end of the season.

Mack is listed by ESPN as seventh-best transfer still seeking a new home.

Mack was averaging 14.8 points per game before his season ended. When he left campus earlier this year to seek a transfer, reports suggested that he would look for a program closer to his home-state of South Carolina, but so far Mack has not given any hints on where he may land.

Mack would have two years of eligibility left after transferring.

Could Texas land a transfer?

When Matt Coleman signed his National Letter of Intent in April, it was reported that Texas could be in the market for a transfer with at least three scholarships to fill. With nearly 500 transfers available, Texas could certainly have options if they decide to go that route.

Andrew Jones to the combine

While freshman Jarrett Allen was a lock to receive an invite to the NBA scouting combine after deciding to stay in the draft and hire an agent, Andrew Jones’ invitation was not assured. Jones declared for the draft but has not hired an agent. The former McDonald’s All-American guard, who worked his way into Texas starting line-up this past season while averaging 11.4 points and 3.5 assists, did indeed get the invite to Chicago.

Jones is listed by some, including ESPN’s Chad Ford, as a possible first-round pick. Other sites, such as Draft Express, have him going undrafted. They do, however, have him as first-round pick in the 2018 draft.

The NBA Draft combine is May 11-12. The deadline for players to pull out of the draft is May 24.

McDonald’s All-American and 5-star center Mohamed Bamba has yet to make a decision on his recruitment. 247 Sports reports that Texas is trending in its Crystal Ball predictions, and it’s been reported for the last several weeks that Texas and Kentucky have emerged as the two favorites.