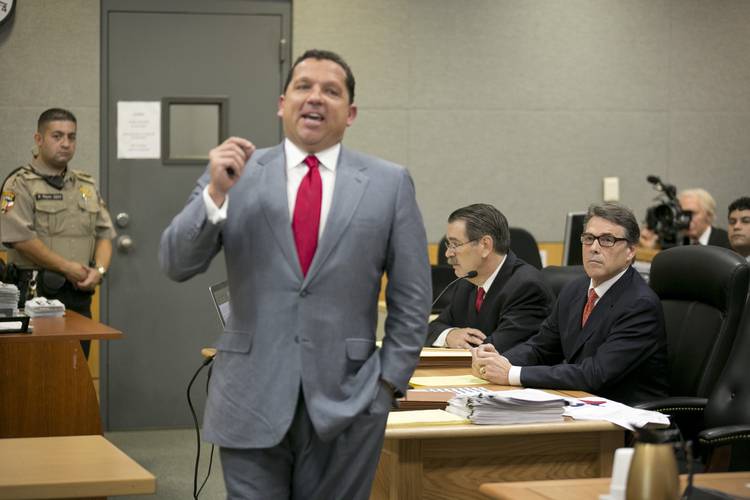 If any Longhorn fans were offended by their football team being called a “cupcake” by a Texas A&M System regent, well, “that’s just too damn bad,” says Tony Buzbee, the Aggie regent-turned-provacateur.

A day after the American-Statesman’s Hookem.com posted the provocative comment that Buzbee had made on Facebook, Buzbee told the Houston Chronicle via email that he’s not particularly worried about criticism coming his way from anyone who questions whether his conduct befits a university regent.

In calling for the Longhorns and Aggies to renew their recently interrupted century-old rivalry in football, Buzbee said on Facebook that the Aggies could use some “cupcake games” against easy opponents like the struggling Longhorns, given how tough A&M’s conference schedule is since its move to the SEC.

Buzbee,  a Houston lawyer who has been at the forefront of former Gov. Rick Perry’s indictment defense (see: “Tony Buzbee, big-city lawyer with small-town roots“), told the Chronicle:

If someone is actually offended by a silly Facebook post, they might be wound a little too tight and should lighten up. Life is too short to look for insignificant things to be offended by. There are actually significant things happening in this world that perhaps are more worthy of our attention. Now, that being said, if a ‘t-sip’ was offended, that’s just too damn bad.

Of course, some in burnt orange might not like being called a “t-sip,” or teasipper — the Aggies’ go-to put-down for their allegedly arrogant rivals in Austin. But Buzbee, appointed to the A&M board in 2013 by Perry, seems not concerned.

“I have several t-sips who are close friends and many t-sip Facebook friends and was ribbing them a bit on their recent misfortune,” he wrote to the Chronicle in explaining his motivation for his Facebook post on Wednesday. “It was said in jest, but I would like to see the game played again. … We mention Texas in our fight song. Shouldn’t we play them? I want to help make that happen.”

As for the viral reaction after the Statesman shared his Facebook post with the world:  “Yes, it’s funny to me the various reactions I’ve seen,” he said, adding that it must have been a “slow news day.”

Questions, answers with Marcus Johnson on team psyche, luck and the difference between 1-3 and 3-1