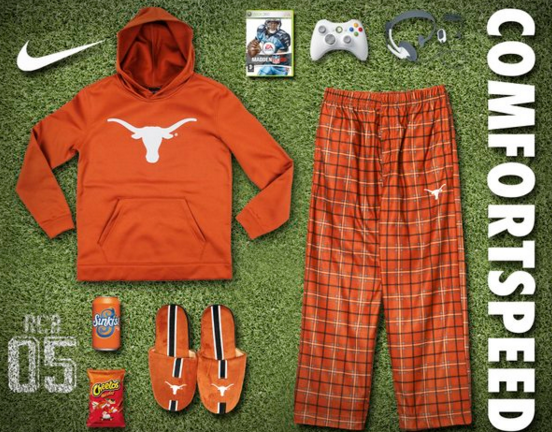 Have you managed to forget that Texas missed out on a bowl game this year? Well, Robert Behrens of Good Bull Hunting is here to remind you with an imagined bowl season uniform for the Longhorns:

We know it’s supposed to be a dig at Texas, but that actually looks pretty great. Anyway, congrats to A&M on     playing in last night’s Music City Bowl.