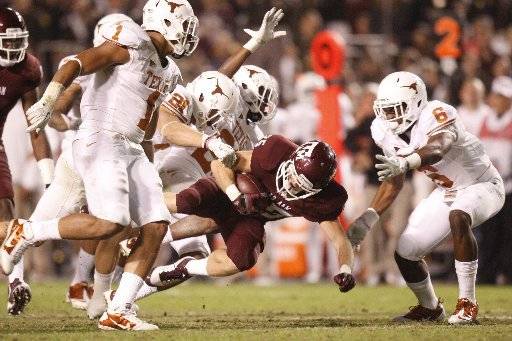 For the record, he said he wouldn’t mind if the two old rivals met on the field again, so long as such a game wouldn’t damage A&M’s chances at winning the SEC West.

The two teams haven’t played each other in football since 2011, a game won by UT on the final play.

Check out what Woodward said on StatesmanU.

Sooners rally to defeat Longhorns in second game of series