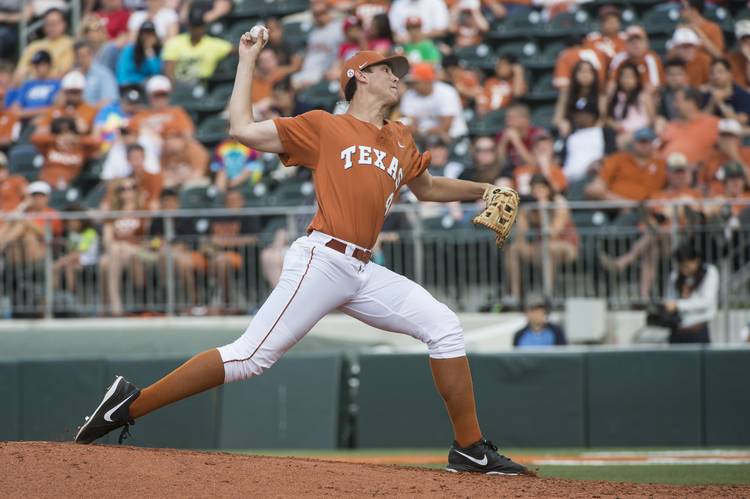 Morgan Cooper will throw out the first pitch of the David Pierce era.

Texas’ baseball team announced Wednesday that Cooper will start the season opener against Rice on Friday. The Longhorns will play four games against Rice at UFCU Disch-Falk Field this weekend as Pierce makes his debut as the program’s head coach. Junior Kyle Johnston and freshman Blair Henley will each start during a double-header on Saturday.

Texas has not yet determined who will start in the series finale on Sunday, which has been moved up to a noon start.

A junior who missed the 2015 season with an arm injury, Cooper is coming off a sophomore year in which he went 3-5 with a 4.03 ERA. The 6-foot-4-inch right-hander won a state championship at nearby Jarrell in 2012; he struck out 70 batters over his 67 innings of work in 2016. Two weeks ago, he retired nine of the 10 professionals he faced in Texas’ alumni game.

Johnston was 3-2 with a 3.72 ERA and 64 strikeouts in 2016, and the right-hander from Flower Mound was a starter in 14 of his 15 appearances. Henley, who is also a right-handeder, threw three consecutive no-hitters during his senior year at Arlington Heights.