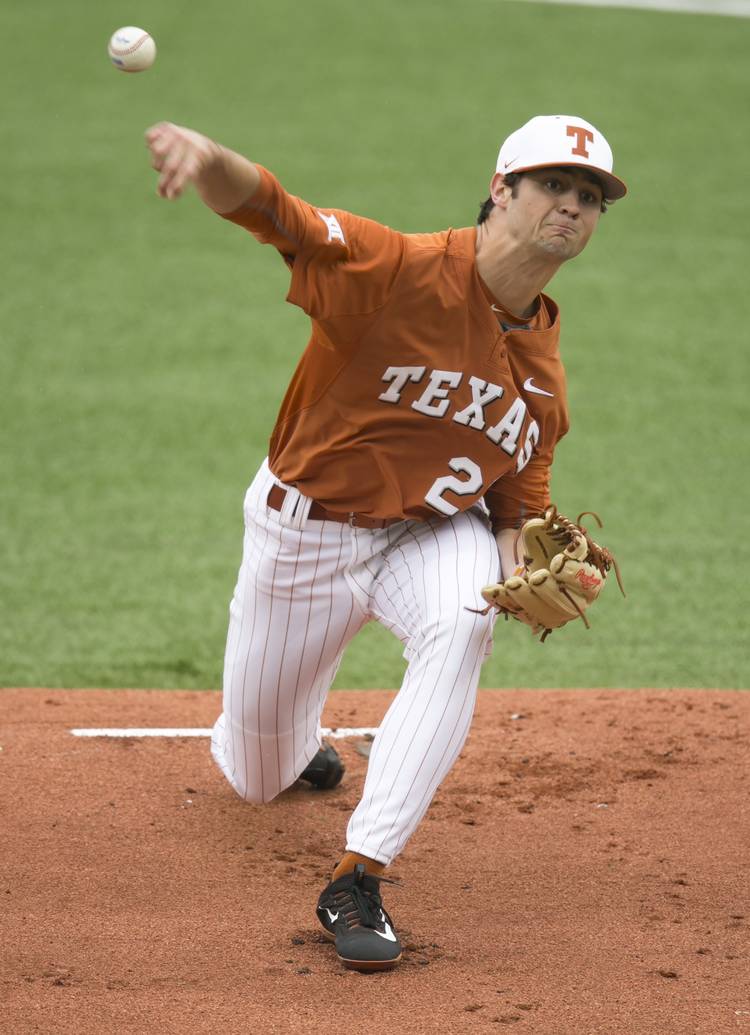 The Texas Longhorns baseball team dropped the series finale against Stanford, 2-1 in a pitchers’ duel in Stanford, Calif. on Saturday.

The second game of a doubleheader was the Longhorns’ second loss of the series by just one run.

Stanford (9-3) won the series, 3-1, with the help of two walk-off wins over the weekend. Quinn Brodey was responsible for the game-winning hit in each of the last three games for the Cardinal.

Chris Castellanos (2-0) earned the win, allowing one run on just four hits through seven innings of work. Colton Hock nailed down the win with his third save of the season. He won two games in the series against Texas.

A strong start by Blair Henley (1-1) wasn’t enough as the freshman right-hander gave up just two runs on five hits through eight innings. He struck out three, walked three and threw 104 pitches in his first complete game as a Longhorn.

Another freshman, Austin Todd, was responsible for the only run Texas (7-6) scored in the game. He tripled in the sixth inning and scored on a throwing error by Nico Hoerner to cut the lead in half. Todd finished the game 2 for 3 with a triple and a run scored. Travis Jones, Zane Gurwitz and Bret Boswell each had a hit for Texas.

Mikey Diekroeger singled to left in the second inning and later scored on a wild pitch to give Stanford a 1-0 lead.

Brodey drove in the game-winning run when he singled with two men on base in the fifth. Matt Winaker scored from third to make it 2-0.

Texas loaded the bases in the eighth and had a runner in scoring position in the ninth but failed to score.

The Longhorns baseball team will return home for nine straight games, beginning with Tuesday’s contest with Richmond at 6:30 p.m. at UFCU Disch-Falk Field.