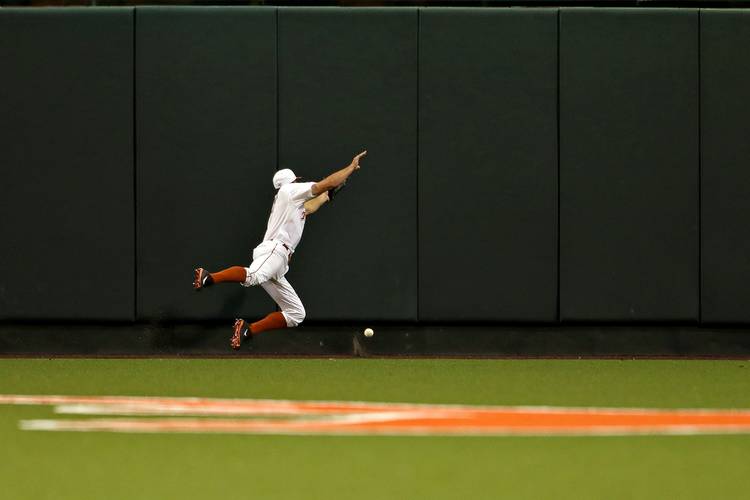 For the second straight game, the Texas Longhorns fell to Stanford on a walk-off hit by center fielder Quinn Brodey. Brodey’s three-run home run was the difference in a 5-2, 10-inning win Saturday at Stanford, Calif.

The game was the first of a doubleheader; Sunday’s game was moved up a day because heavy rains were expected to begin late Saturday.

Colton Hock (3-0) earned his second win in as many days, allowing no runs and no hits while striking out one batter in one inning.

Stanford hasn’t thrown a pitch with the lead in the series but has two wins in three games.

Texas’ David Hamilton was 2 for 5 with a run scored and a run batted in, and teammate Zane Gurwitz had a double and an RBI. Bret Boswell had the only other hit for the Longhorns as he went 1 for 2 with two walks.

Brodey finished the game 2 for 5 with a run scored and three RBIs. Kyle Stowers was 1 for 1 with an RBI. Mikey Diekroeger was 2 for 4 while Dan Bakst went 2 for 3 for the Cardinal.