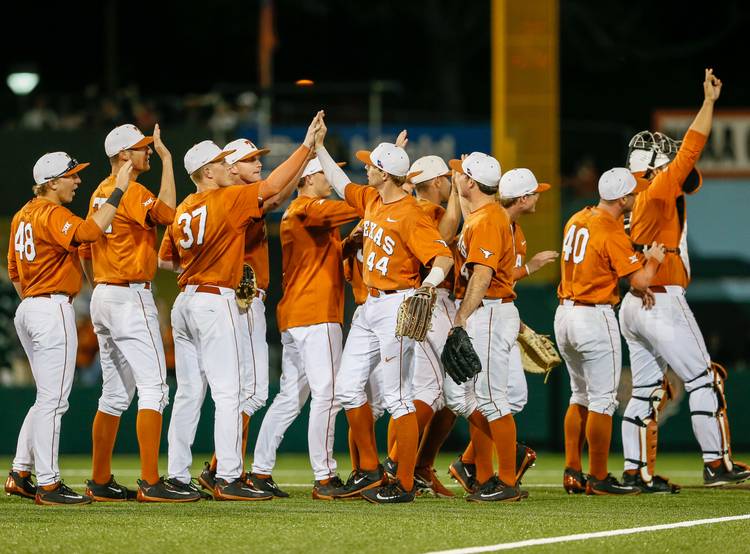 On Friday, sophomore Nolan Kingham pitched Texas into the winner’s circle in the Big 12 during a 2-0 win over Kansas State.

Kingham limited a Wildcat team averaging 7.1 runs per game to four hits in a complete-game effort at UFCU Disch-Falk Field. Kingham (3-2) was throwing the conference’s best ERA at Kansas State, and that number went from 0.95 to 0.72 on Friday. Kingham struck out five, walked two and allowed two Wildcats to reach second base.

Texas left seven runners in scoring position on Friday, but the Longhorns struck gold in back-to-back innings. In the third inning, Texas took a 1-0 lead when Travis Jones scored as Michael McCann beat out a potential inning-ending double play. The following frame, Jones drove in a teammate with a single.