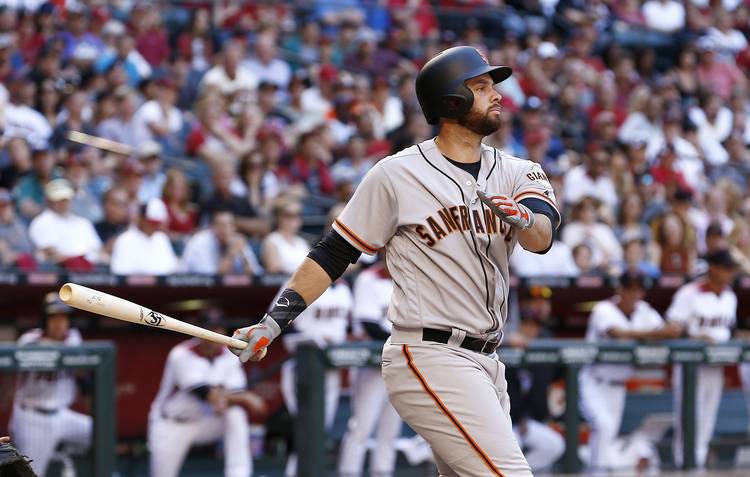 San Francisco Giants' Brandon Belt fouls off a pitch against the Arizona Diamondbacks during the ninth inning of an Opening Day baseball game Sunday, April 2, 2017, in Phoenix. The Diamondbacks defeated the Giants 6-5. (AP Photo/Ross D. Franklin)

San Francisco first-baseman Brandon Belt (2008-09) is starting his seventh season with the Giants. He has a career .272 batting average and 80 career home runs. Last year, he led the Giants with 17 home runs and was second with 82 RBI.

Huston Street (2002-04) is in his fourth season with the Los Angeles Angels. He has recorded 324 saves in his 13 year major league career. He started the season on the 10-day disabled list.

Drew Stubbs was in camp with the Minnesota Twins but opted out of his minor league deal before the season began.

With the 2016-17 basketball season over, spring signing period approaches for Texas basketball