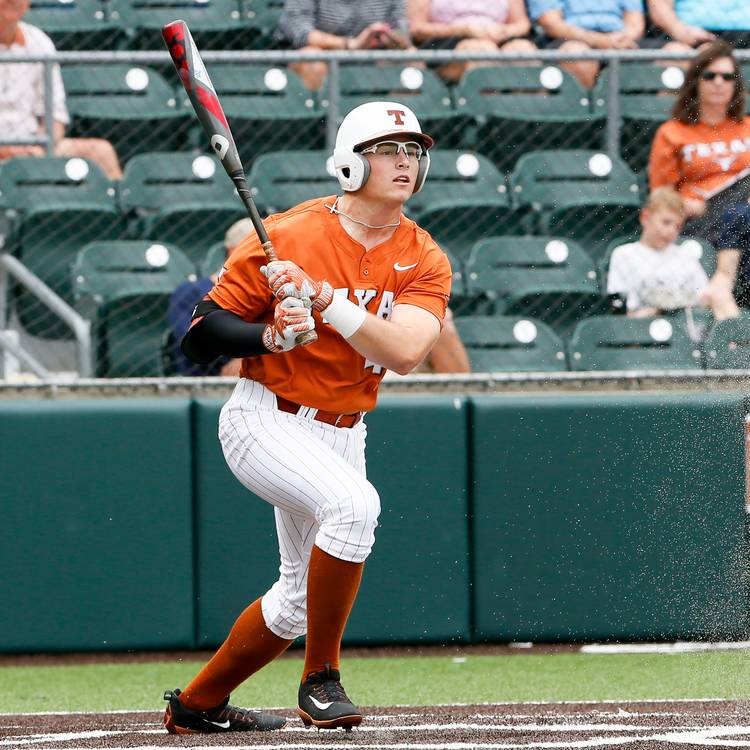 Kacy Clemens (42) at bat in the final game in a series against the Rice University Owls at the University of Texas' UFCU Disch-Falk Field in Austin, Texas on February 19, 2017 (Andy Nietupski for AMERICAN STATESMAN)

Kacy Clemens hit a two-run homer in the top of the 10th inning to lift the Texas baseball team to a 5-3 win over Baylor in Waco on Saturday afternoon.

The win prevented a sweep at the hands of UT’s Big 12 rival.

Clemens finished the game 3 for 5 with two RBIs and a run scored. Michael Cantu also homered for the Longhorns; his blast in the top of the second put Texas up 3-0.

The Longhorns (24-15, 7-8 Big 12) got on the scoreboard early with a Travis Jones single that scored David Hamilton. Michael McCann doubled the lead with a sacrifice fly that drove in Jones later in the inning.

The Bears (22-14, 5-7) started a comeback in the fifth when Josh Bissonette’s ground-ball out allowed Aaron Dodson to score.

Tucker Cascadden’s RBI single in the bottom of the ninth drove in Levi Gilcrease to tie the game.

Beau Ridgeway entered in the 10th inning to close the door on the Bears. He induced a flyout and struck out two.

The Texas baseball team will next take on Texas State at 6:30 p.m. on Tuesday at UFCU Disch-Falk Field.

Longhorns softball gets first Big 12 sweep of the season