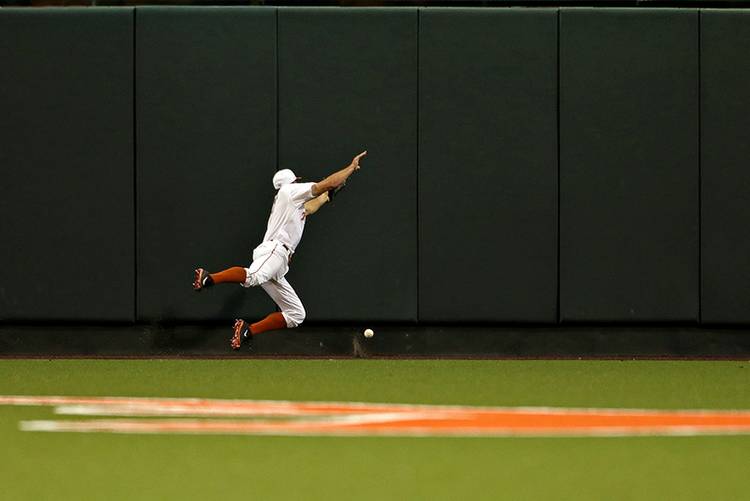 The Longhorns baseball team dropped their first non-conference game since March 21 as they fell to No. 24 Louisiana 8-1 in Sugar Land on Tuesday night.

The loss makes the Longhorns (28-16) 5-9 away from Austin with a series against Oklahoma State coming this weekend in Stillwater.

Joe Robbins homered in the second inning to put the Ragin’ Cajuns up 7-0. He finished the game 2 for 5 with three runs scored, a double, a home run and four RBIs.

Steven Sensley, Brenn Conrad and Hunter Kasuls all had two hits in the game for Louisiana. Sensley, Kasuls and Brad Antchak each had an RBI.

The Longhorns’ were held down by Evan Guillory (3-2) who allowed no runs on three hits through six innings to pick up the win.

Bret Boswell was the only Longhorn to have more than one hit in the game. He was 2 for 4 on the night.

Tyler Rand drove in the lone run for Texas in the bottom of the ninth when he singled to score Andres Sosa.

A couple of two-out hits allowed the Ragin’ Cajuns to score their first run in the opening frame.

Henley gave up an RBI single before loading the bases on a hit by pitch. He gave way to Jon Malmin who walked in a run and gave up the grand slam to Robbins.

Bohls: Why Texas lost out on another transfer QB; Tom Herman’s thoughts on early signing period