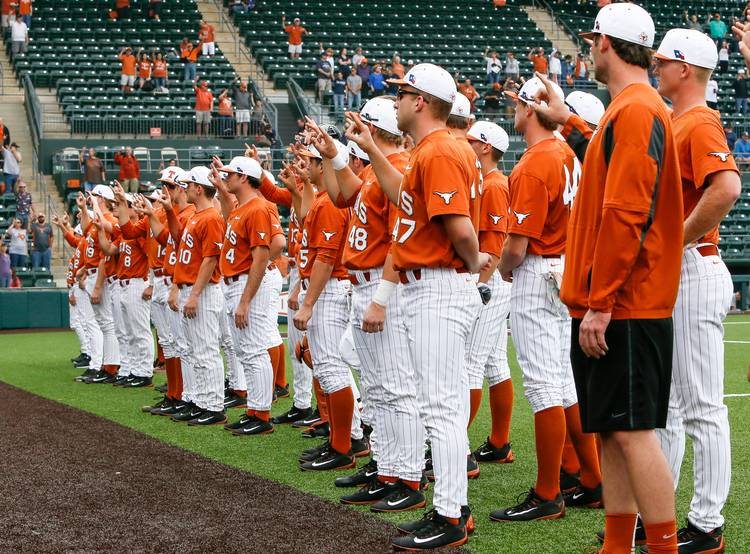 The Longhorns are 4-3 going into the series finale Sunday against UConn. (Andy Nietupski for AMERICAN-STATESMAN)

Due to rainy weather, Texas had baseball and softball games wiped off the schedule on Sunday.

The baseball team was set to close out a three-game series at Oklahoma State, while the softball squad was being hosted by Kansas. In an effort to beat this weekend’s weather forecast, the two teams scheduled double-headers on Friday and series finales on Saturday. On Saturday, though, those third games were delayed until Sunday.

Those weekend-ending games were cancelled a day later. They will not be rescheduled.

That'll be all from Stillwater—weather has cancelled today's ballgame. Catch your Horns at UFCU Disch-Falk Field on Tuesday night! #HookEm 🤘

CANCELLATION: That's it…the series finale between Texas and Kansas has been cancelled by ☔️. The game won't be made up. Back to ATX! pic.twitter.com/1Bx6mhkfnT

Texas will next play baseball on Tuesday when it hosts UT-Arlington at UFCU-Disch Falk Field. The following day, Texas and A&M-Corpus Christi will play softball at McCombs Field.

Return of the Longhorn: NFL first round could feature multiple UT players in 2018