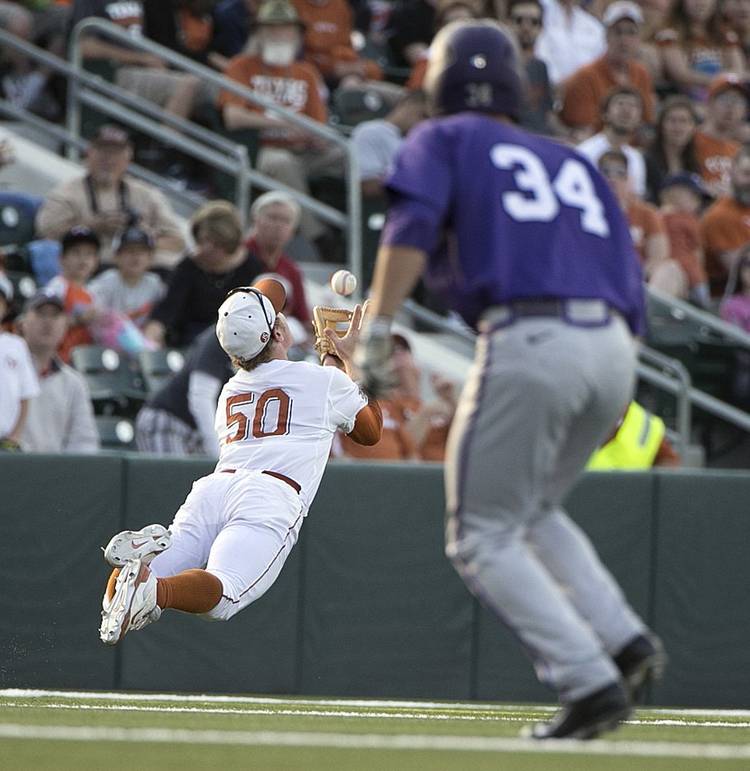 With a chance to climb into contention for a conference championship, Texas will travel to Fort Worth this weekend.

“You can’t ask for a better opportunity than right now, we’re right where we need to be,” Texas senior Kacy Clemens said. “I think if we get our job done in the next couple weeks, it could be a fun postseason.”

Texas junior Morgan Cooper, the Big 12’s leader in strikeouts and ERA and reigning pitcher of the week, will return to the top of Texas’ rotation this weekend. That start will be followed by Nolan Kingham (7-3, 2.05 ERA) and Kyle Johnston (2-1, 3.29). Texas’ trio of right-handers and a defense that leads the nation in double plays will battle a TCU team hitting .273 and scoring nearly seven runs per game.

A recent run of wins has propelled the Longhorns back into the national rankings. After losing 10 of its first 14 one-run games, Texas has been victorious in its last three close calls. Last weekend, Texas also won a road series for the first time in 2017.

“The two things that have really been documented is how we’ve struggled on the road and one-run games,” Texas coach David Pierce said. “Both of those have been proved. You build off of that.”

Friday and Sunday’s games will be broadcast on ESPNU, and ESPN2 will televise Saturday’s showdown. Radio listeners can tune into either 104.9 FM or 1260 AM for all three games.