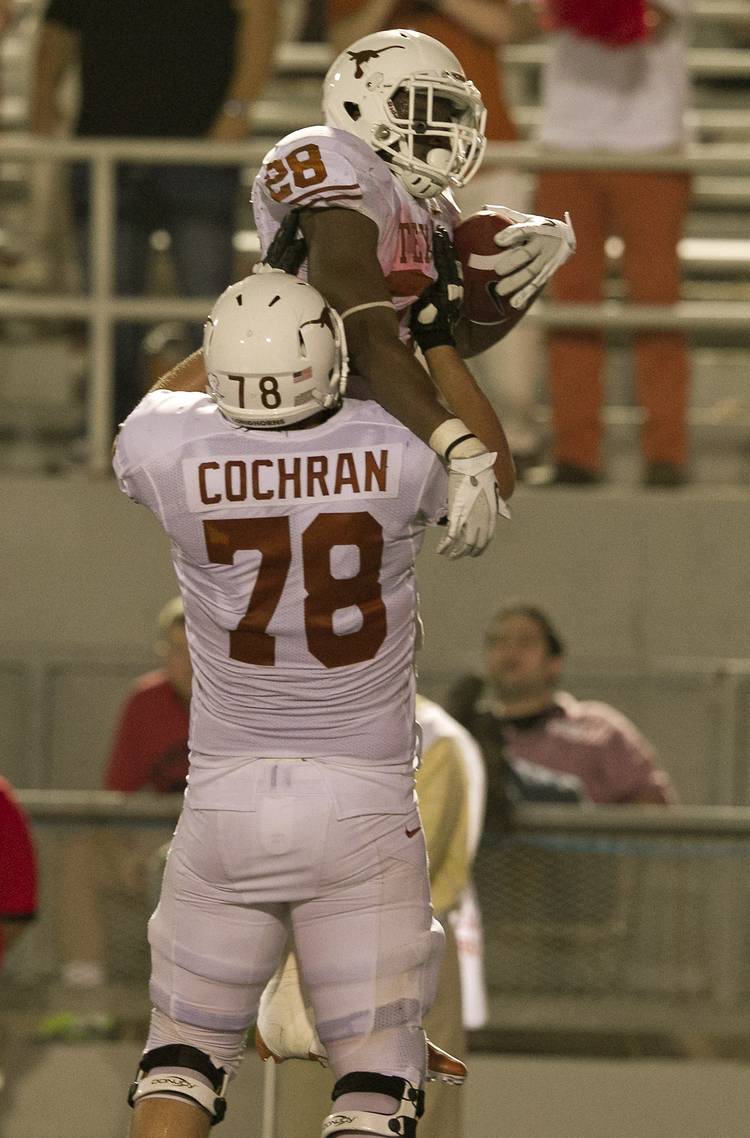 15 SEPTEMBER 2012: Rodolfo Gonzalez/American-Statesman: Texas' #28, Malcolm Brown is lifted up by #78, Josh Cochran after scoring against Ole Miss during second half of action held at Vaught-Hemingway Stadium in Oxford, Miss., on Saturday, September 15, 2012. Texas defeated Ole Miss 66-31.

Let’s use Texas’ roster, history and scouting reports to countdown to the start of the 2017 football season. Today, we are only 78 days away from Texas’ home game against Maryland.

Which Longhorn wears No. 78? Sophomore offensive lineman Denzel Okafor, a 6-4, 310-pound tackle who saw playing time in 10 of last season’s games. The previous No. 78 at UT was Josh Cochran. He started 23 times from 2011-13 before a shoulder injury ended his career.

Fun fact about No. 78: 247Sports’ composite rankings have Kobe Boyce ranked as the No. 78 prospect in Texas for the 2017 recruiting cycle. A recent graduate of Lake Dallas High, Boyce registered 36 tackles during his senior year. Boyce was one of three defensive backs signed by Texas in February.

An Aggie comes to Austin, gives Tom Herman some love, predicts a game with Texas

The Next 25: No. 11 Marcus Stripling’s strength is his greatest advantage