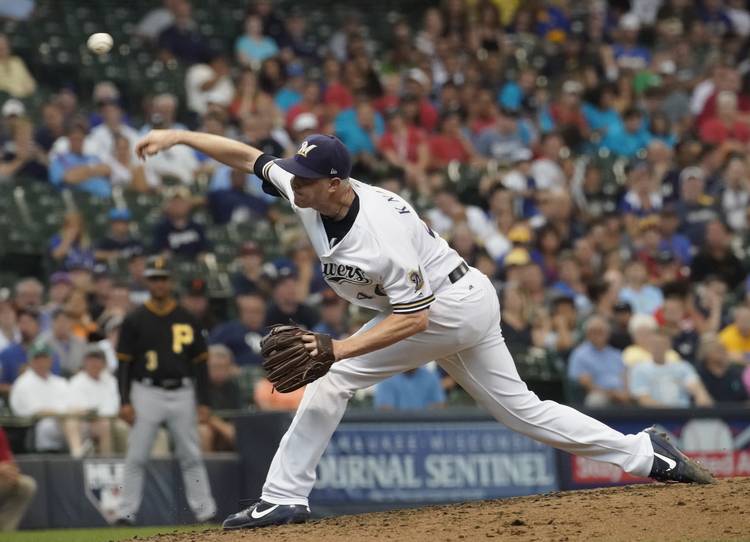 Former Longhorns pitcher Corey Knebel broke the modern record for consecutive relief appearances with at least one strikeout to start the season in Thursday’s win over Pittsburgh.

.@coreyknebel29 sets the modern @MLB record for relievers to start a season with his 38th consecutive game with a strikeout! #MILvsPIT pic.twitter.com/vBWH1plsJZ

Knebel didn’t give up a hit and struck out Josh Bell on the way to his 38th straight relief appearance with a strikeout and his 12th save of the year. He lowered his ERA to 0.96 in the process.

Knebel broke the record held by Aroldis Chapman to start the season in 2014. Chapman still holds the record for consecutive relief appearances with one or more strikeouts overall. He fanned at least one batter in 49 straight games from Aug. 21, 2013 to Aug. 13, 2014.

Knebel was drafted by the Detroit Tigers 39th overall in 2013. He made his MLB debut in 2014 before being traded to the Texas Rangers two months later. Knebel was traded to the Brewers in January of 2015.

The Georgetown High product has pitched 37 2/3 innings and has 65 strikeouts so far this season.

The Next 25: Production, big plays — No. 2 Arjei Henderson has it all