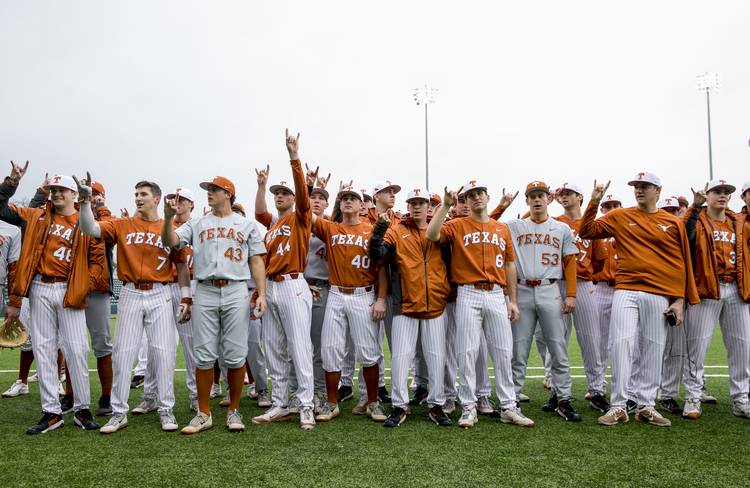 Following the first week of the baseball season, Texas is trending upward.

On Monday, Texas was ranked 19th in D1Baseball.com’s national poll. The Longhorns opened the year as the nation’s 21st-ranked team. UT’s two-spot jump was only exceeded by No. 15 Southern Miss, which wasn’t included in the preseason poll, and No. 20 Indiana, which was ranked 23rd.

The @D1Baseball Top 25 Rankings, Powered by @Easton_Baseball are out! @SouthernMissBSB makes a BIG climb into the rankings, @ClemsonBaseball also enters. What other moves were made? Let's take a look.https://t.co/ABqnCnVKpX pic.twitter.com/xpYTqu1OZd

UT kicked off its season with 3-0 and 5-3 wins against Louisiana-Lafayette. The Longhorns dropped a 2-1 decision against the Ragin’ Cajuns on Sunday, but that loss wasn’t enough to hurt Texas in the rankings.