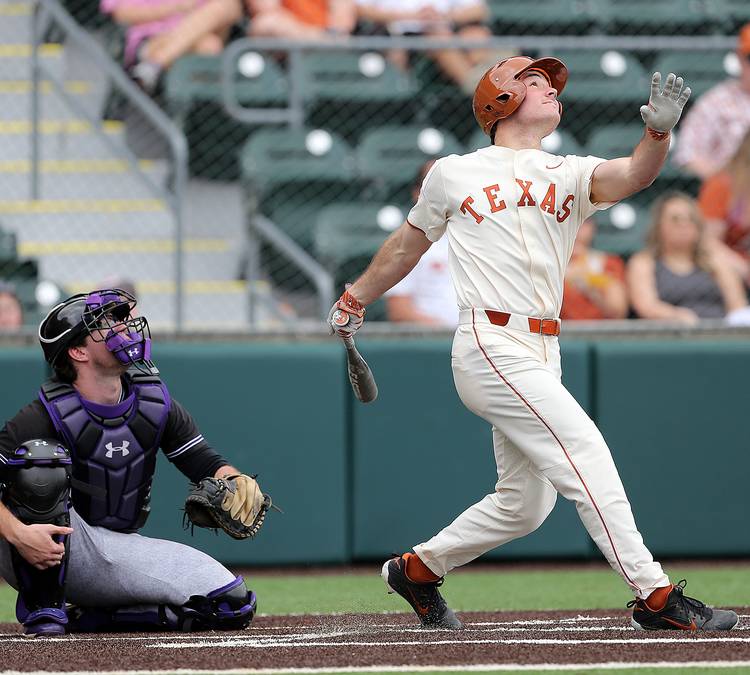 Texas went 4-1 during a busy week at UFCU Disch-Falk Field. On Tuesday, the Longhorns tossed a one-hitter in a 2-0 win over UT-San Antonio. After losing 6-2 to Northwestern on Friday, Texas scored 38 runs in three routs of the Wildcats.

The Longhorns (8-4) will soon have a chance to impress those who compile D1Baseball’s poll. On Thursday, Texas are set to open a four-game homestand against Stanford. The nation’s seventh-ranked team is 11-1, but Stanford has only played one game away from home.

Last year, Stanford took three of the four games it played in California against Texas.