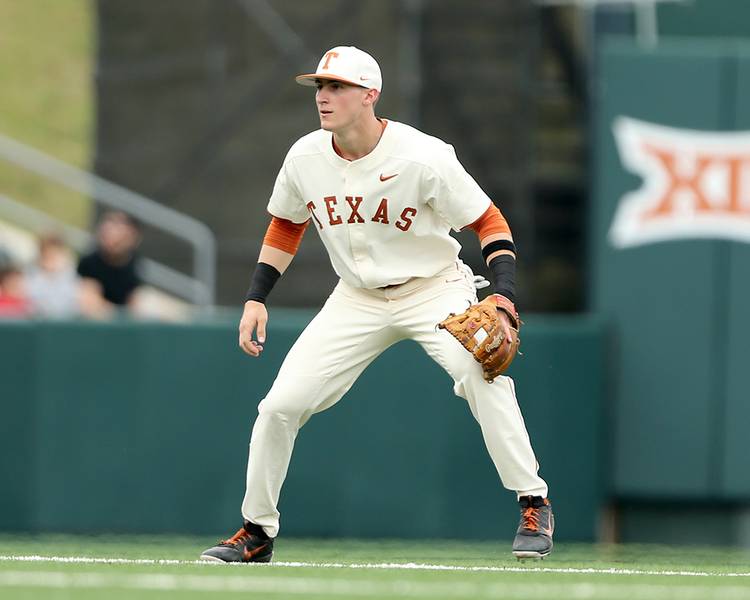 A three-run second inning helped the Kansas State Wildcats defeat the Texas baseball team 5-2 in the series opener in Manhattan, Kan., on Thursday.

Texas starter Blair Henley had his shortest outing of the season, allowing four runs on nine hits in 3 1/3 innings. He gave up three doubles to the Wildcats as they picked up their first Big 12 win.

A double by McWhertor drove in the Wildcats’ first run before Owen’s double added two more to make it 3-0 in the second.

Tate Shaw’s single in the third allowed Austin Todd to get the Longhorns on the scoreboard. Shaw finished 2-for-5 with a double and an RBI.

After Kansas State added another run in the fourth, the Longhorns pulled to within two in the seventh. Masen Hibbeler hit a sacrifice fly that let Jake McKenzie score.

With runners at the corners in the bottom of the eighth, a wild pitch by Parker Joe Robinson allowed the Wildcats to plate another.

Clemens hit his second double of the game with two outs in the ninth. That was the only hit reliever Tyler Eckberg gave up as he earned the save in two innings of work.

The Texas baseball team will resume the series on Friday at 6:30 p.m.