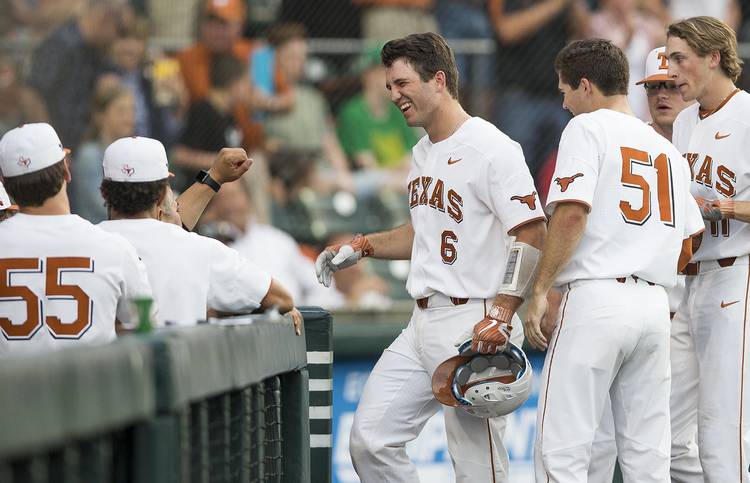 A dominant pitching performance from sophomore Blair Henley, along with early run support from his offense, propelled the Texas baseball team to a 4-1 win over the Baylor Bears, giving the Longhorns their second three-game sweep of the season.

The Horns have won six straight games and are the only Big 12 team with nine wins. They are in second place, trailing the Oklahoma Sooners, whom they will play in Norman next weekend.

Junior second baseman Kody Clemens single to center to scored Tate Shaw in the first inning. Then Zach Zubia extended Texas’ lead when he sent his sixth home run of the year over the wall in left-center.

Those three runs were all Henley needed. He allowed one run in the second and surrendered five hits and three walks over his seven innings of work to earn his fifth win of the year. Henley was relieved by junior Josh Sawyer, who pitched scoreless eighth and ninth innings.