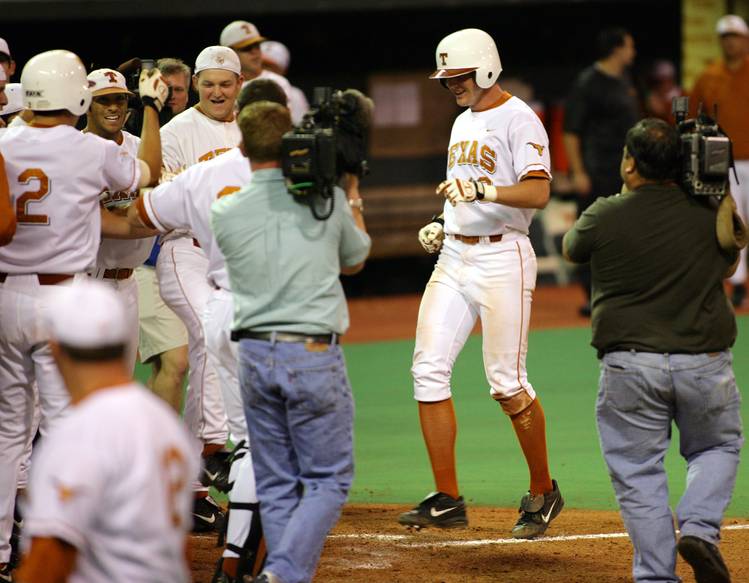 Since Texas threw out its first pitch during a 5-3 loss to the Blind Institute in 1896, a lot of baseball players have suited up for the Longhorns.

Compiling a list of the nine best players to appear on the 40 Acres is a painstaking and thankless task. Andy Wittry attempted to do just that over the weekend on the NCAA’s website.

Here is the NCAA’s all-time Texas team. In his article, Wittry said that professional accomplishments were not considered in the compilation of this roster:

This list should generate plenty of discussion. Denny instead of Keith Moreland at third base? Did Andre Robertson, the program’s first black athlete and a defensive wunderkind, deserve a nod at second base? Could this all-time team not find a spot for two-time Dick Howser Trophy winner Brooks Kieschnick, either in the outfield or on the pitcher’s mound?

Speaking of pitchers, four of the six numbers retired at Texas belong to pitchers. Yet, the NCAA chose Wortham over a stable of arms that included Burt Hooton, Roger Clemens, Greg Swindell and Kieschnick.

Wortham went 50-7 at Texas, and he won at least 10 games in each of his seasons. Wortham still owns UT’s career records for career wins, complete games (34) and innings pitched (456 2/3). The College Baseball Hall of Fame inductee and 1975 national champion is also responsible for one of UT’s 21 no-hitters, a 1973 blanking of Texas Tech.

Clemens, Burt Hooton, Greg Swindell, Kirk Dressendorfer and Bobby Layne are all strong candidates to be Texas’ all-time starting nine pitcher, but we’re going with Wortham, who held opponents to a .173 batting average and went 11-0 as a freshman, threw a four-hitter to win the College World Series as a junior, and finished his time in Austin ranked first in career wins (50) and second in strikeouts (481).

Because of his repeated single-season excellence, performance on the sport’s biggest stage and his overall career numbers, Wortham is our pick.

So, what do you think about this all-time team? Did the NCAA get it right? Who was the biggest omission? Leave your comments below.