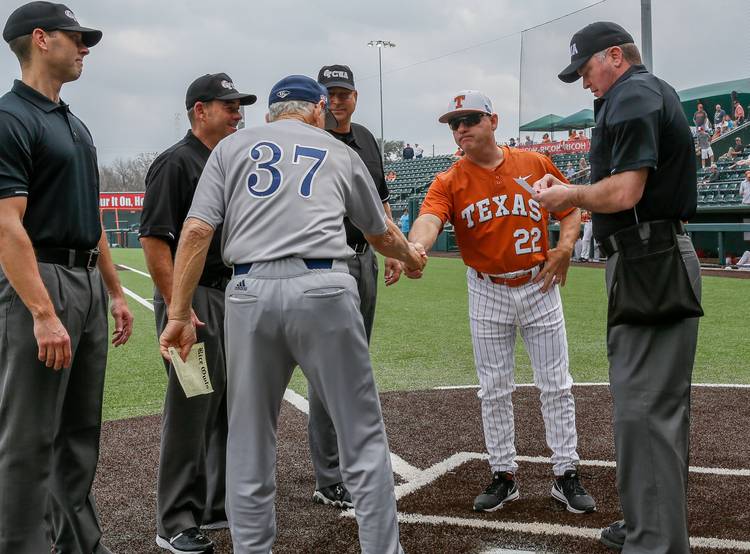 With Wayne Graham’s long tenure at Rice seemingly coming to an end, Texas baseball coach David Pierce expressed his admiration for his former boss on Wednesday.

Houston’s FOX 26 Sports reported earlier in the day that Graham would not return to coach Rice’s baseball team in 2019. Graham told reporter Mark Berman that Rice did not intend on extending his contract, which is in its final year. The 82-year-old Graham has led the Owls since 1991, and he won a NCAA championship in 2003. Rice is16-23-2 this season.

Graham also told Berman that an unidentified former player had been angling for his job. D1Baseball later reported that player is Lance Berkman, the 15-year MLB veteran.

Pierce was asked about the reports at his weekly media availability on Wednesday. Pierce worked for Graham in 1991 and again from 2003-11.

Said Pierce: “Wayne Graham has been awesome to me and has been unbelievable for the national scene for college baseball. He taught me how to prioritize winning, he taught me how to not give in, he taught me so many little things about the game and the physiological one-on-ones with players. As far as I’m concerned, he put Rice University on the map and it’s the flagship program at that school.”

LOOK: Boy who penned school paper on Sam Ehlinger gets to meet him

Shaka Smart provides update on Andrew Jones: ‘His goal is to play next year’