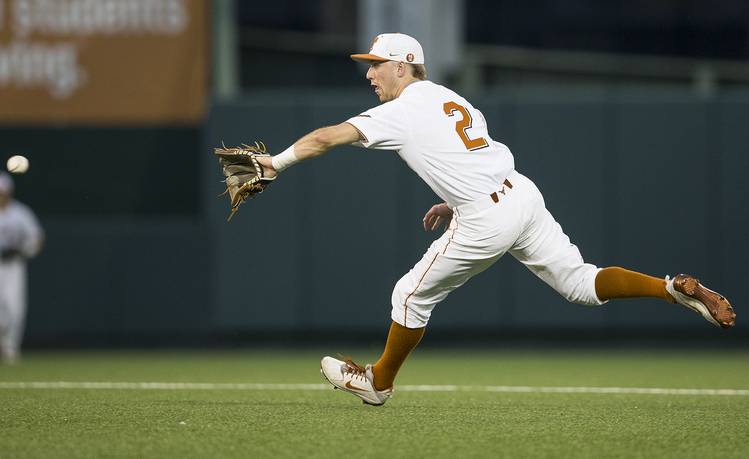 The Texas baseball team rallied to score three runs late, but West Virginia answered and eventually tied the series at a game apiece with an 8-6 win in Mortantown, W.V. Saturday.

Two wild pitches by Andy McGuire in the eighth allowed the Mountaineers to add runs right after Texas had regained the lead.

Kyle Gray went 2-for-3 with two runs scored and three RBIs for West Virginia. Brandon White, Tyler Doanes and Isaiah Kearns each had two hits for the Mountaineers.

A wild pitch by McGuire allowed the Mountaineers to tie the game, 6-6, in the bottom of the eighth. White gave West Virginia the lead with an RBI single to score Chase Illig. Darius Hill then struck out on a wild pitch that let Braden Zarbinsky score.

For Texas, Zach Zubia went 3-for-4 with a run scored and a double. D.J. Petrinsky had two hits, including a home run, scored twice and drove in two runs. David Hamilton doubled and had an RBI.

Trailing 5-3 heading to the eighth, Duke Ellis drew a bases-loaded walk. Kody Clemens then drove in two runs on a single to give Texas a brief lead.

Texas loaded the bases in the ninth, but a pair of strikeouts and a fly out ended the game.