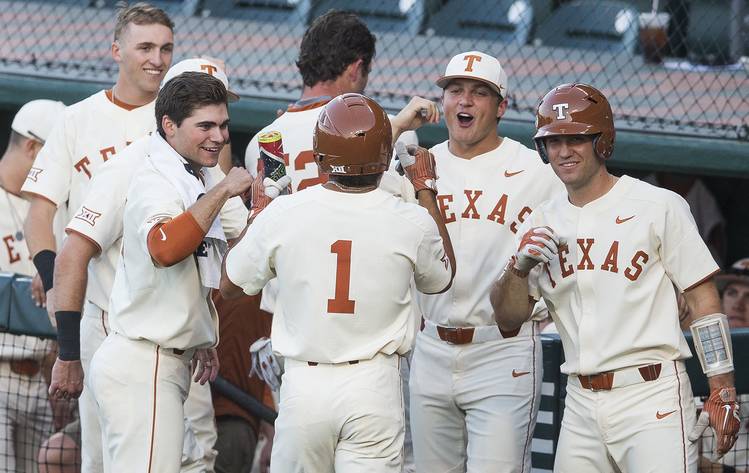 Texas infielder David Hamilton (1) is met by teammates after hitting a home run against UT-RGV in Austin on April 17, 2018. NICK WAGNER / AMERICAN-STATESMAN

Texas State scored the evening’s first three runs, but DJ Petrinsky’s fifth homer of the season was one of the six runs that Texas scored during the third and fourth innings. Texas State, however, scored two times in the fifth frame and then went deep twice during a three-run sixth inning.

Texas State’s lead swelled to 10-6 before UT mounted it a ninth-inning comeback. Texas scored once and then loaded the bases with no outs. Hamilton, who hails from San Marcos, then worked a full count before hitting the third home run of his career.

Three games at Texas Tech is next on the schedule for the Longhorns. Texas Tech and Texas, who will meet this weekend, are ranked ninth and 24th in the D1Baseball poll.