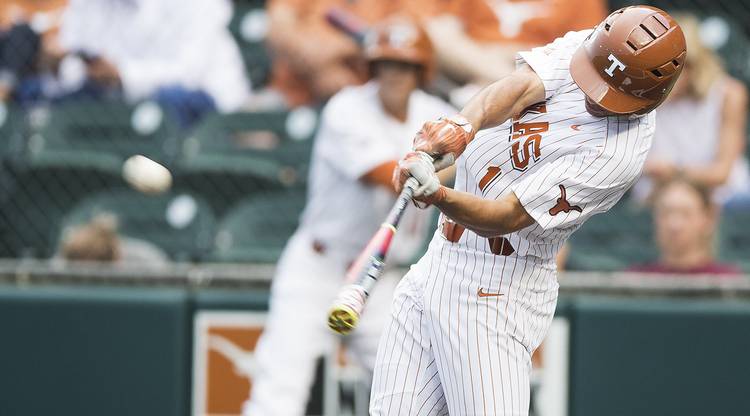 Texas opened the final week of the regular season with a four-run win over Texas State, a team it had already beaten 6-1 and 11-10 this year.

Texas State struck first at UFCU Disch-Falk Field on Tuesday, but Texas scored twice in the first inning and three more times in the second session. UT shortstop David Hamilton, who is a San Marcos native, accounted for two RBIs over those two innings. He also went deep in the first inning for his third homer against Texas State this season.

In a game that featured a two-hour weather delay, Texas threw four pitchers. Texas State (25-26-1) gathered nine hits but was limited to single scores in the first and seventh innings.

Texas (34-18) will welcome TCU to town on Thursday for a three-game series. With a 14-7 record in conference contests, Texas finds itself two games behind Big 12-leading Oklahoma State.

Hot ticket: UT to restrict availability of tickets to Texas’ rematch with USC