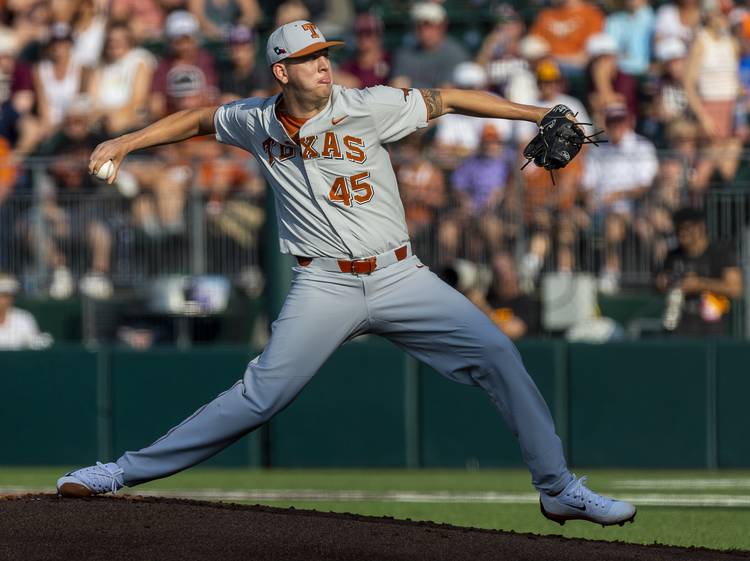 One day, Texas junior Nolan Kingham and his brother may be rivals in the National League.

On Wednesday, Kingham was selected by Atlanta in the 12th round of the MLB Draft. The Braves used the draft’s 352nd overall pick on Kingham. Atlanta hadn’t drafted a Longhorn since 1990.

He's off the board! @nolankingham has been selected by the @Braves in the 12th round of the 2018 @MLBDraft! #HookEm 🤘 pic.twitter.com/afPKYPXfgS

A 6-3 right-hander, Kingham has showcased the ability to throw a fastball, slider, change-up and sinker. Kingham is the younger brother of Pittsburgh rookie pitcher Nick Kingham. Kingham had been drafted before, but opted to attend Texas instead of honoring a selection by Milwaukee in the 39th round of the 2015 MLB Draft.

A handful of rough outings this season has left Kingham with a 4.10 ERA, but that still ranks 10th in the Big 12. Kingham (8-3) went 7 1/3 innings in a win over Texas A&M in the NCAA tournament on Saturday. Kingham also ranks among the NCAA’s leaders in innings (90) and complete games (two).

In addition to his 14 starts, Kingham also had notable appearances out of the bullpen in UT’s wins over ranked Sam Houston State and Oklahoma teams.

Kingham will have until July 6 to decide if he wants to sign with the Atlanta or return to Texas for his senior year.