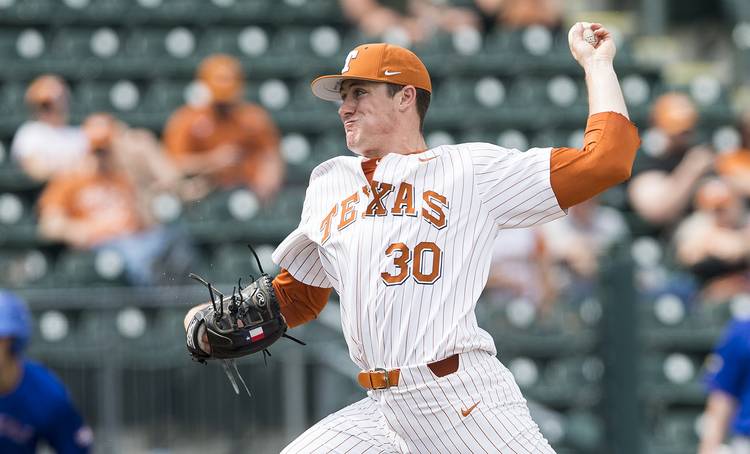 Sawyer, a 6-3 left-handed pitcher for the Texas Longhorns, was drafted by the Chicago Cubs on Wednesday. The Cubs chose Sawyer in the 16th round with the draft’s 488th overall pick.

Sawyer missed much of the past two seasons with a series of injuries. No Longhorn, however, has pitched in more games this spring.

A redshirt junior who hails from San Angelo, Sawyer will have until July 6 to decide whether he will sign with the Cubs or return to Texas for his final year of eligibility. Sawyer, however, has already graduated. He was recognized at UT’s Senior Day on May 19.

A longtime Longhorn fan, Sawyer hinted on Tuesday that the upcoming super regional against Tennessee Tech will be his farewell to UFCU Disch-Falk Field.