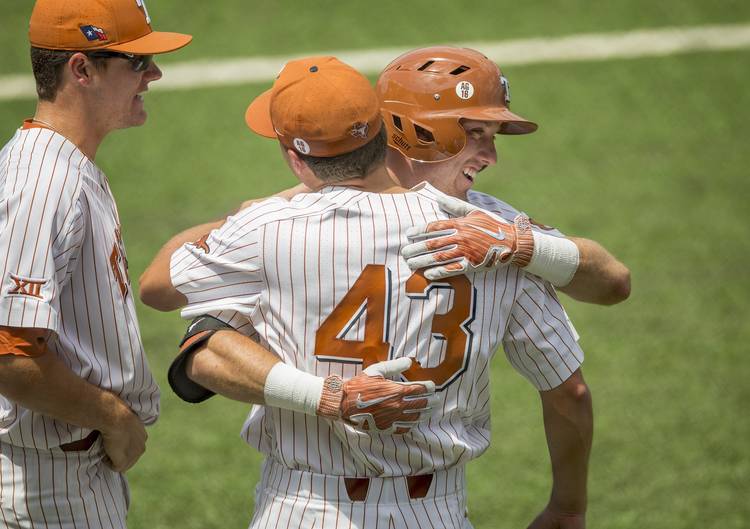 Much like the Academy Awards, Grammys and MTV Movie Awards, Texas’ baseball team has found a way to recognize excellence. On Monday, UT announced its winners.

This is the second year that UT has handed out these awards. The idea was conceived following head coach David Pierce’s first season at Texas.

Clemens’ haul was not a surprise. It may have actually seemed light. An All-American second baseman and the Big 12’s Player of the Year, Clemens led Texas in home runs (24), RBI (72) and batting average (.351). In UT’s record books, the 24 home runs hit by Clemens — five of which were clubbed in the postseason — trail only Kyle Russell’s 2007 total of 28 homers.

Clemens’ older brother, Kacy, was named the Brooks Kieschnick Team MVP and Keith Moreland Offensive Player of the Year during the 2017 season.

A petroleum engineering major, McKenzie was a shoe-in for an academic award he also won in 2017. For his defensive accolade, he emerged from a crowded field that presumably included Clemens and reigning honoree David Hamilton.

The fourth player that UT started at first base this season, McKenzie eventually won the job.  The 5-11 McKenzie ended the year with a .998 fielding percentage. In April, Texas played McKenzie at all nine positions in a midweek rout of UT-Rio Grande Valley.

This week’s awards capped the comebacks for both McGuire and Robinson. McGuire, who also made nine starts in the outfield, recorded a 1.93 ERA and a team-high seven saves. Robinson made 22 relief appearances and led the Longhorns with his 1.71 ERA.

McGuire transferred from UT after the 2015 season and was left off the roster in 2017 after he returned to campus. Robinson redshirted in 2014, made 10 appearances in 2016 and 2017 and was once nearly cut by Pierce. Robinson, however, adjusted the way he threw a baseball and became a valuable asset in UT’s bullpen.

McKenzie was the team’s only senior in 2018, but none of the award winners will be back with the Longhorns in 2019. Clemens and McGuire were selected in the MLB Draft, and both players have started their professional careers. Robinson graduated this spring and later signed as a free agent with the Los Angeles Angels.

After splitting its cross-country program, Texas hires an ex-Olympian to coach its women