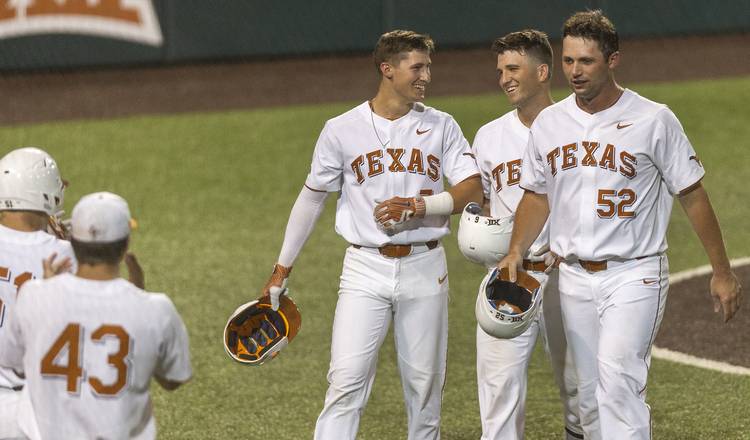 Masen Hibbeler hit a single with the bases loaded to help the White team defeat the Orange team 5-2 at the Orange and White Fall World Series at UFCU Disch-Falk Field Thursday night.

Hibbeler finished 3 for 5 with two RBIs as the White team had nine hits to the Orange team’s six.

Owen Meaney earned the win, getting out of a bases-loaded jam with no outs. Matt Whelan started for the White team and pitched three scoreless innings.

The second game of the series starts Friday at 3 p.m.