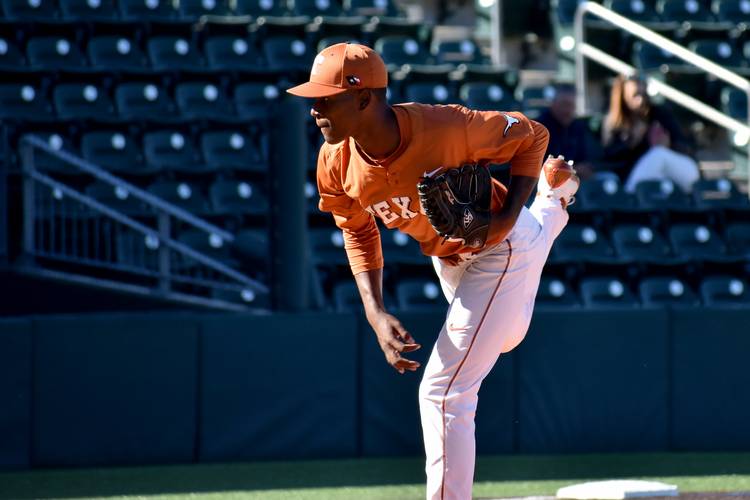 Pitcher-outfielder Kamron Fields was named the series’ most valuable player. He pitched two perfect innings with a strikeout and went 5-for-13 at the plate.

Michael McCann went 3-for-4 with two doubles and drove in three runs Sunday, and Tanner Haney had two hits and two RBIs.

DJ Petrinsky went 6-for-9 in the series. David Hamilton stole six bases in seven tries, and Lance Ford, Eric Kennedy and Tate Shaw were 3-for-3 on steals.

Texas will open the season Feb. 15 at Louisiana-Lafayette.