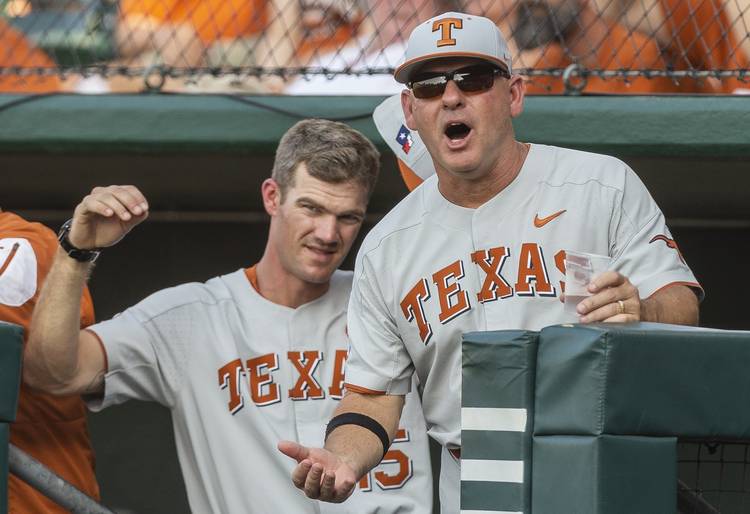 The Texas offense set off some early fireworks, but a mid-game collapse doomed the Longhorns in Wednesday’s loss to UT-San Antonio at UFCU Disch-Falk Field.

Texas scored three times in the opening inning, and third-inning homers from Zach Zubia and Tate Shaw doubled that advantage. That six-run lead, though, turned into a two-run deficit when eight Roadrunners crossed the plate in the fifth frame. That decisive inning featured 12 batters, four hits, two walks and two Texas errors.

After grabbing the lead, UTSA scored twice more over the next two innings. Ryan Reynolds’ run-scoring single in the final session was UT’s only addition to the scoreboard after the third inning.

The loss was the third of the season for Texas, which has won seven times. UTSA (6-3) beat Texas for the first time since 2008.

How about an eight-run fifth to take the lead? #BirdsUp🤙 pic.twitter.com/Kx5zadmuA8

Statistically, the fifth inning has so far been a foil for Texas this season. Opponents had scored 11 times in the fifth innings of UT’s first nine games. The next-worst inning for the Longhorns had been the ninth inning (seven runs).

NOTABLE NUMBER: 6. The five left-handed bats started by Texas collected six hits against UTSA starting pitcher Shane Daughety, who is right-handed. Over Daughety’s three innings, the left-handed swings belonging to Shaw, Reynolds, Duke Ellis, Eric Kennedy and Lance Ford went 6-for-9 with five runs, four RBIs and one walk. Including the switch-hitting Reynolds, Texas has six left-handed bats at its disposal (first baseman Sam Bertelson did not play on Wednesday). Of those left-handed options, only Reynolds and Shaw entered this game with a batting average that topped .250.

UP NEXT: Texas will return to UFCU Disch-Falk Field to open a three-game series against LSU on Friday. The Tigers and Longhorns were ranked second and 22nd in the D1Baseball poll this week. LSU beat Texas for the 2009 NCAA title, but UT owns a 24-12-1 record in the all-time series.