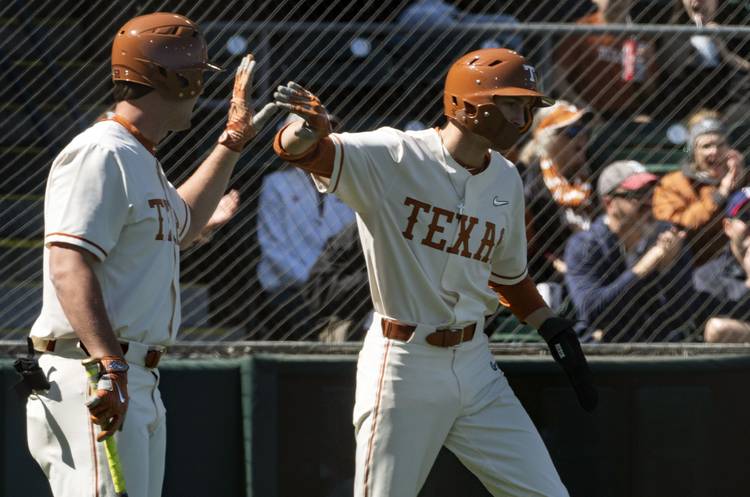 The Texas baseball team tied the series with TCU at a game apiece with a 13-1 win in Fort Worth on Saturday night.

Zach Zubia, robbed of a home run in the first game, came up big in the second game of the series. He went 2-for-3 with a home run and four RBIs. Eric Kennedy went 4-for-5 with a triple and three RBIs. He scored three runs. Austin Todd hit two doubles as he went 3-for-5 with three RBIs and two runs scored.

Blair Henley (3-1) picked up the win as he gave up one run on five hits through six innings. He struck out six and walked two.

Zubia homered in the first inning, scoring Kennedy to make it 2-0. After the Horned Frogs scored their only run in the bottom half of the inning, it was all Longhorns.

Todd singled in the third to score Lance Ford, who scored twice on the day, to make it 3-1.

Zubia drew a bases-loaded walk in the same inning to make it 4-1 before Reynolds walked to bring in a run as well.

The Longhorns put up five runs in the fifth to put the game virtually out of reach. Kennedy’s triple, a double by Todd and a single by Zubia all drove in runs in the inning.

The Texas baseball team will try to take the series over TCU on Sunday at 1 p.m. in Fort Worth.