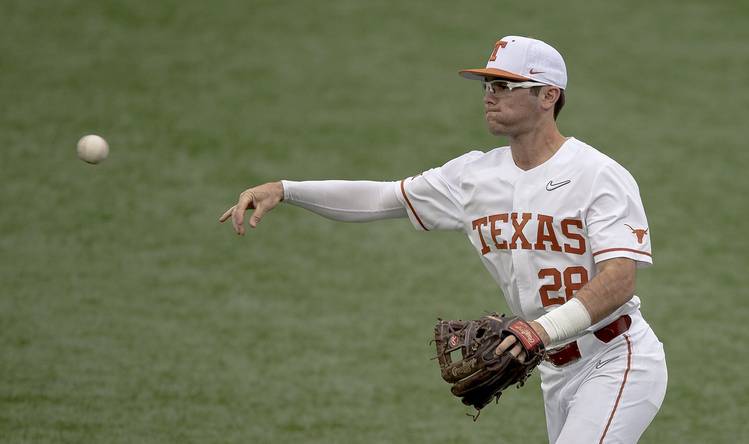 Instead of bouncing back from a conference series loss, the Texas baseball team has now lost three out of four after falling 3-2 to Incarnate Word in San Antonio on Tuesday.

The Longhorns, fresh off a series defeat to TCU, struggled early and couldn’t produce enough runs to beat the Cardinals. The teams had only met twice before, but the Longhorns are now 2-1 against Incarnate Word.

Ty Madden (3-1) took the loss for Texas (17-11), having given up two runs on four hits while recording just two outs. Matteo Bocchi and the bullpen performed well in relief. Bocchi allowed one run on four hits through 4 1/3 innings. Matt Whelan, Jack Neely and Kolby Kubichek combined to shut out the Cardinals (16-9) in the final three innings, not allowing a hit.

Eddy Gonzalez went 2-for-3 with a run scored for the Cardinals. Sean Arnold, Antonio Valdez and Ryan Flores each drove in a run for Incarnate Word.

Lance Ford had the only multi-hit game for Texas, going 2-for-4 with a double. Mason Hibbeler scored and drove in a run. Michael McCann had the other RBI for Texas.

Valdez hit a sacrifice fly to give the Cardinals the lead in the first inning. Arnold scored on the play. Flores singled to drive home Gonzalez later in the inning to make it 2-0.

Hibbeler picked up his RBI when he hit a sacrifice fly that brought Zach Zubia home in the second inning. The Cardinals got the run back in the bottom half, however, on a ground out by Arnold that scored Ridge Rogers.

Texas got one more run in the fifth, on a sac fly by McCann to score Hibbeler, but that’s all the runs Texas could score.

Luke Taggart got the save in 1 1/3 innings of work. He gave up one hit and struck out one.

Texas next hosts a non-conference series with Xavier beginning Friday at 7 p.m. All three games of the series will be carried by the Longhorn Network.

Report: Ex-UT running back Kyle Porter to transfer to Houston