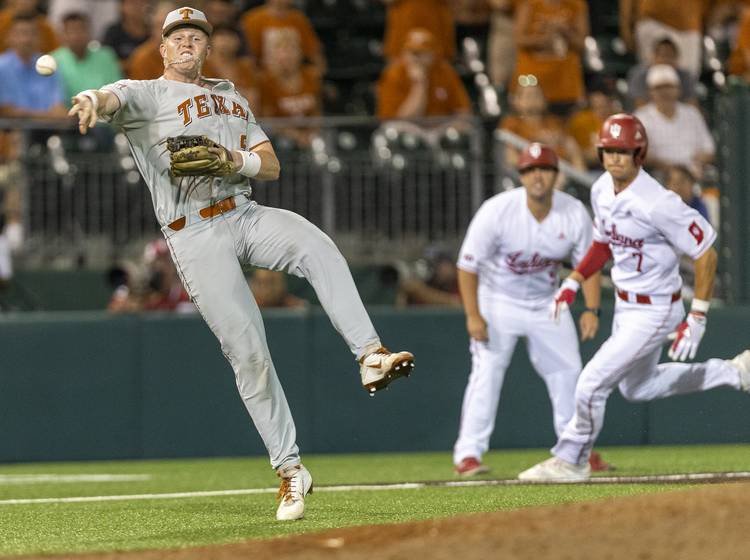 Texas third baseman Ryan Reynolds (5) makes a throw to first for the third out of the eighth inning during an NCAA regional game at UFCU Disch-Falk Field on June 3, 2018. (Stephen Spillman / for American-Statesman)

On the same day, the roster belong to Texas’ baseball team both added and deleted an infielder.

On Wednesday, Texas announced the signing of infielder Camryn Williams. A rising junior from San Jacinto College, Williams gave Texas a verbal commitment in May. He is currently playing summer baseball alongside future teammate Duke Ellis in the Cape Cod League.

Williams became a Longhorn on the same day that Texas junior Ryan Reynolds signed with the Chicago Cubs. Reynolds, who has started at third base in each of UT’s last 85 games, was a 14th-round pick in this month’s MLB Draft. He will join former teammates Josh Sawyer and Matteo Bocchi in the Cubs’ farm system.

Reynolds and Williams weren’t the only UT infielders that made news this week. Former UT shortstop Bryce Reagan tweeted on Monday that he will transfer to Arizona. Reagan started 19 times and hit .220 during his freshman year, but he lost his job due to struggles on defense.