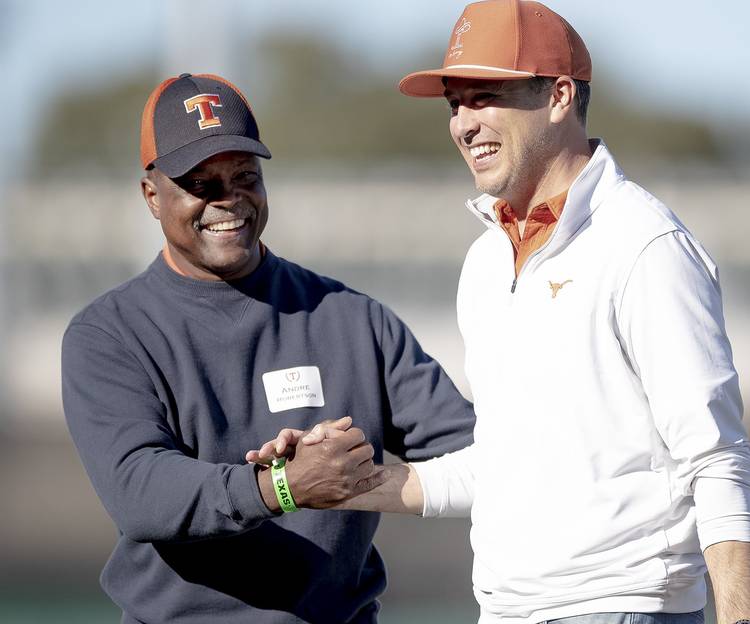 Throughout Black History Month, the American-Statesman will take a daily look at the black athletes who have had a lasting impact in Texas’ athletic department. Today, we are writing about baseball player Andre Roberston.

Once a 155-pound quarterback from West Orange High, Robertson originally thought he’d play football at Texas. Robertson has joked that he changed his mind on a college tour when he saw Earl Campbell in the weight room. So instead of playing football, Robertson became the first black athlete to receive a scholarship from Texas’ baseball team.

Robertson was UT’s starting second baseman in 1977, 1978 and 1979 seasons. He hit .297 in 1977 but his reputation was made by his glove. Former Texas shortstop Ron Gardenhire told the American-Statesman in 2018 that “We called him ‘silky sweet’ and that’s what he was, he had really good hands and was a really good ballplayer.”

Robertson was a fourth-round pick by Toronto in the 1979 MLB Draft. He eventually became a shortstop for the New York Yankees. Robertson hit .251 over his five seasons with the Yankees and appeared in the 1981 World Series.

Robertson was traded to Atlanta in 1986 but he never played for the Braves. After his career concluded, Robertson returned to live and work in Orange. Earlier this year, Robertson threw out the first pitch at UT’s alumni game. He will be honored at Saturday’s game against Boise State as a part of Texas’ “History Makers” series.

We continue to celebrate #BlackHistoryMonth with @TexasBaseball’s first African-American letterwinner, Andre Robertson, as he sits down with Kam Fields tonight at 7 on LHN. pic.twitter.com/9jHtVBhikI