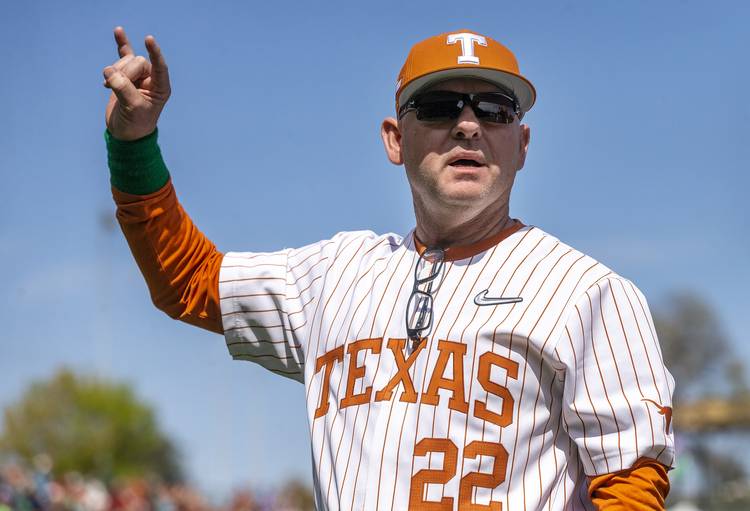 At the end of last week, coronavirus-related concerns led the Big 12 to cancel the remaining athletic competitions on its calendar.

That decision ended the seasons for six Texas teams that had already started their spring schedules. UT’s outdoor track and field season was to get underway on March 20. The rowing program’s first event was scheduled for April 4.

Texas has not yet made its coaches and athletes available to the media. Some of the Longhorn coaches, though, have expressed their thoughts on Twitter:

Texas finished its 2020 baseball season — its fourth year under Pierce — with a 14-3 record. UT was ranked 29th in the final poll done by the National Collegiate Baseball Writers Association.

There’ll never be another 2020 @TexasBaseball team. After 31 yrs, I can say I loved each day with them as much as any team before.

One inning, one game, one season at a time—we never know when it might be our last, but we WILL be stronger for it.

Texas’ second season with White was shaping up to be a memorable one. Ranked third in the NFCA poll, the Longhorns (24-3) had beaten No. 1 UCLA and No. 2 Washington this year.

Our season was cut short by a crisis that will reshape our everyday lives going forward.

I already miss the practices, the games and the shared adversity that comes with every season of competing and playing our great game. (1/2) pic.twitter.com/ereOgGlqKL

I am so proud of this group of young women who accomplished so much and were poised to have an unprecedented season for Texas Softball. We will be back stronger than ever! #OneTeamOneTexas – Hook’em Horns! 🤘 (2/2) pic.twitter.com/AaFq1thm25

On the tennis courts, the Texas women ended their spring with a three-game winning streak and an 11-3 record. UT was ranked fourth in the Oracle/ITA poll when its season was called off.

Often the most difficult times present the greatest opportunity for all of us. Our ladies are in a unique position to embrace a new type of teamwork: how they and their communities can work together to support each other & minimize health risks together.
Stay safe & #HookEm 🤘 pic.twitter.com/3kPBWDG7As

The NCAA title defense for Texas will extend into 2021. UT opened its spring with a 5-2 win over No. 1 Florida. The Longhorns eventually went 13-3 and, like the Texas women, were ranked fourth in the most-recent Oracle/ITA poll.

Our team is thinking of you all and wishing you and your families the best. While our season came to a premature end, what’s happening in our communities, country and world is of far greater concern. I’m extremely proud of our team for many reasons, but most of all… (1/2) pic.twitter.com/m7f9vmBy26

for the way they care for and support each other. College tennis has taught them that even though they compete at a distance on different courts, they can overcome great challenges by staying together in spirit. Let’s learn from that and beat this together! Hook ‘em! (2/2) pic.twitter.com/JrqOdC0Bke

Winter sports were also impacted by last week’s cancellations. On March 12,  the Big 12 axed its postseason tournaments and the NCAA called off March Madness. Thus, Texas ended its 2019-20 basketball season with a 19-11 record.

Thank you for your blood, sweat and tears! Understand the circumstance but feel for the seniors. The memories are for life. Much love to you all 🧡🤘🏻 pic.twitter.com/bqpDPEHKFl