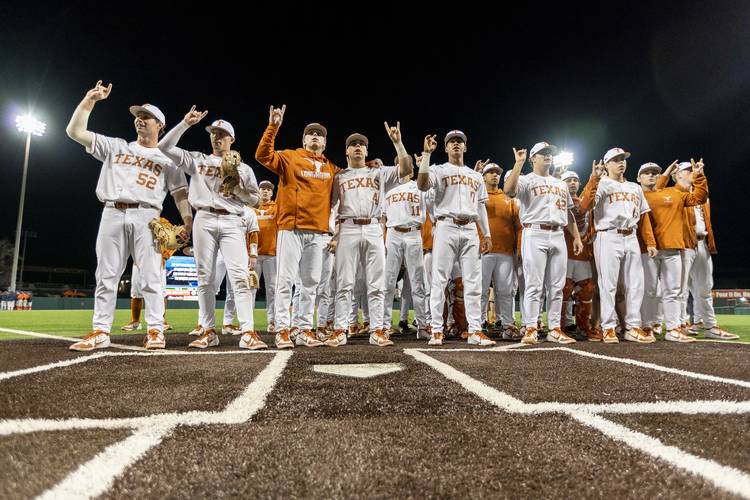 The Texas baseball team celebrates a 6-1 win over Cal State Fullerton in Austin on March 6, 2020. [Stephen Spillman for Statesman]

When he looks far into his future, Brayden Randle now sees himself playing baseball at Texas.

Randle announced on Tuesday afternoon that he has given the Longhorns a verbal commitment. A middle infielder, Randle played varsity baseball as a freshman at Rockwall High this spring. He is the first prospect to commit to UT’s 2023 recruiting class.

I am beyond excited to announce that I will be continuing my academic and baseball career at The University of Texas… #HookEm @Rockbaseball @TexasBaseball @BRose2344 @rolandjj pic.twitter.com/nV77PsvF5Z

Texas last had a player from Rockwall High on its roster in 2009 (Preston Clark). Randle’s older brother, Bash, will play at Abilene Christian next year. The Randle brothers helped lead Rockwall to an eighth-place showing in the last Class 6A poll compiled this spring by the Texas High School Baseball Coaches.