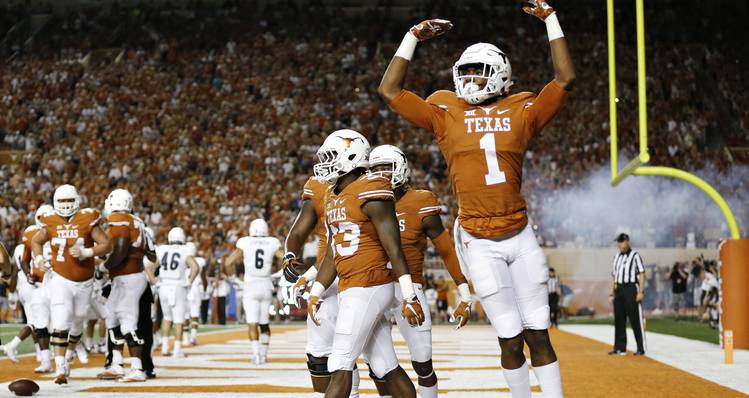 Texas and Notre Dame will be playing in front of a full house on Sunday.

The University of Texas announced on Thursday that it had sold-out its season-opening game against Notre Dame on Sunday. According to the university, a capacity crowd at Darrell K Royal-Texas Memorial Stadium consists of 100,119 fans.

This will be Texas’ first sell-out since the Longhorns pounded Texas Tech on a game that played on Thanksgiving in 2013. It will also be the largest crowd of Charlie Strong’s tenure as Texas averaged 92,069 fans over the 12 home games that were played during Strong’s first two years on campus.

On Wednesday, Texas defensive coordinator Vance Bedford pleaded with the Longhorn faithful to not sell their tickets to Notre Dame fans. In addition to a football game between two of the nation’s historic powers, patrons at Royal-Memorial Stadium will get to see the National Anthem sung by country music singer Jack Ingram. Texas governor Greg Abbott is set to serve as an honorary captain on Sunday, and ex-Longhorns like Kevin Durant, Tristan Thompson and Beau Hossler will be recognized. The late Joe Jamail will be honored at halftime, and the 2006 Rose Bowl champions will be celebrated. Bevo XV will also make his debut before the game.

Episode 24 of On Second Thought: Ced and Kirk preview Notre Dame and chat with Cory Redding