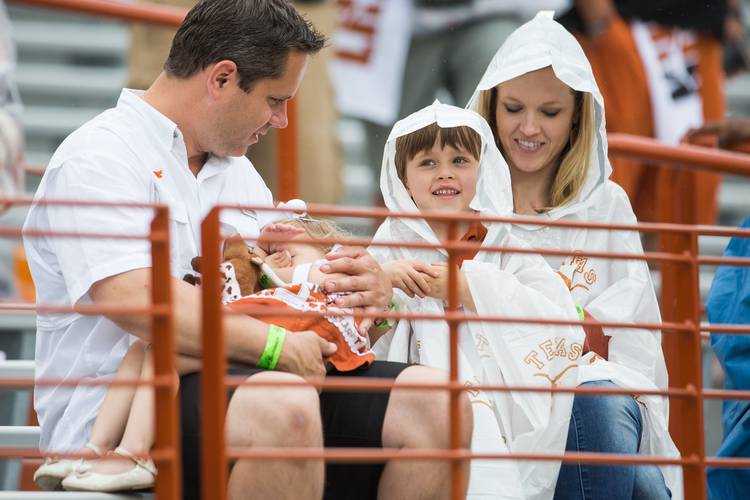 Fans don pull out umbrellas and don rain jackets as the rain picks up during the 2016 University of Texas Orange-White Game April 16. 04/16/16 Tom McCarthy Jr. for AMERICAN-STATESMAN

Anticipation is building for the kickoff between Texas and Notre Dame at Royal-Memorial Stadium, and unfortunately so are the clouds.

Rain started falling with less than an hour until kickoff, and there are some storms in the area. For the complete game-day forecast, click here.

Starting to rain here at the DKR.