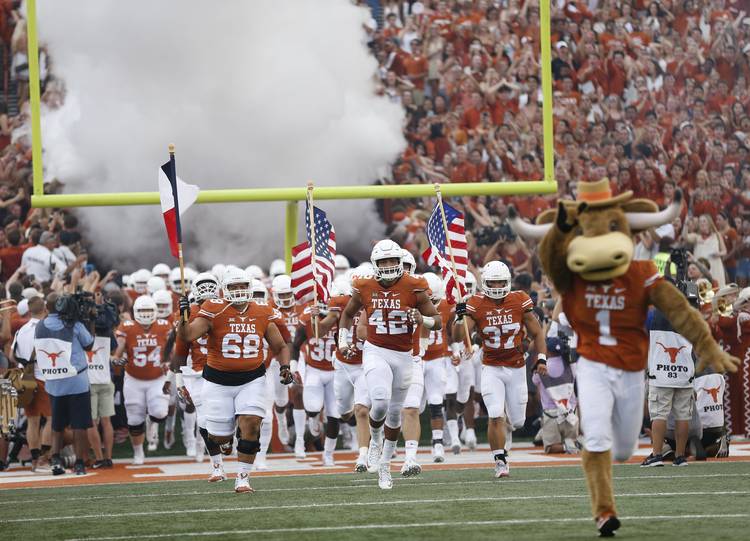 One day after Texas snapped a three-game losing streak with a 27-6 win over Iowa State, the Longhorns lost a three-star recruit. On Sunday evening, DeSoto offensive lineman Xavier Newman announced on Twitter that he was withdrawing a pledge to Texas that he made in April.

A six-foot-two-inch, 272-pound guard, Newman has reportedly received scholarship offers from nationally-ranked schools like Oklahoma, Texas A&M and North Carolina. Newman, who will play in the Under Armour All-American Game, is currently blocking for a DeSoto team that is ranked second in Class 6A and averaging 47.3 points per game.

Newman’s de-commitment leaves Texas with seven players in its 2017 recruiting class. The Longhorns, however, no longer have a commitment from an offensive lineman.

UPDATE (OCTOBER 17 at 9:15 p.m.): A day after he de-committed from Texas, Newman pledged to join Colorado’s football team.

Bohls: Clemson falls a bit, Baylor on the rise