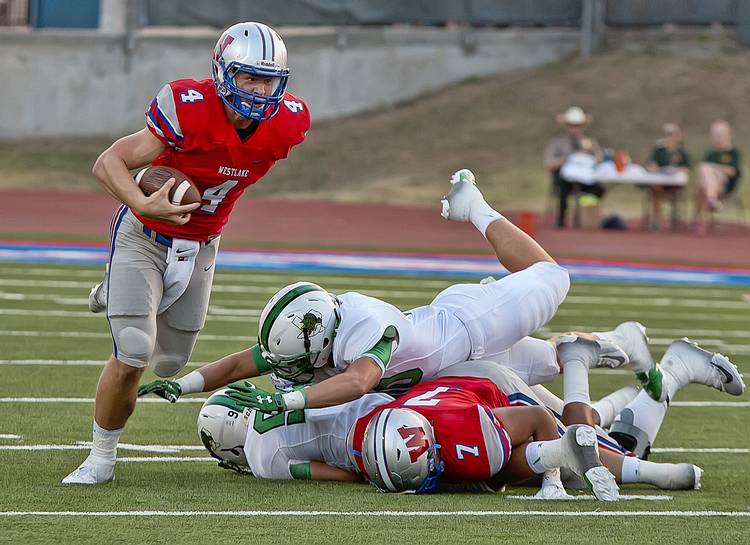 Graham told the American-Statesman on Monday that he is still committed to the Longhorns and that Herman is a “great coach.” The American-Statesman’s Kirk Bohls reported last week that Ehlinger planned on enrolling early regardless of who was the team’s coach, and Estell and Carson also haven’t wavered with their pledges.

#HookEm commit @montrellestell staying solid with his pledge: "Texas is Texas with or without Charlie"

Two of the aforementioned recruits may not be completely focused on the coaching change at Texas, though. Ehlinger and the Chaparrals will meet Lake Travis in the Class 6A, Division I quarterfinals on Friday. Graham’s Wildcats have drawn Manvel in the fourth round of the Class 5A, Division I playoffs.

Looks like late Monday night Ehlinger re-affirmed his commitment on Twitter and tagged the rest of his commitment class with the slogan “#TexasTakeover17”: