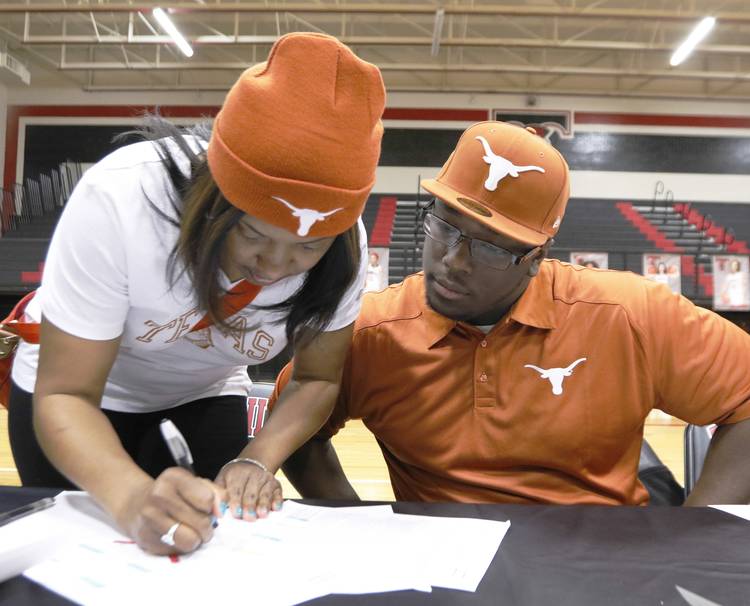 Sacking quarterbacks does not seem to be defensive tackle Chris Daniels’ only talent.

In a video published by Texas teammate Jordan Elliott on Saturday morning, Daniels showed off his ability to sign and play the piano. Daniels belted out a few lines from Bill Withers’ 1972 classic “Lean on Me” before interrupting his performance with laughter.

The 6-foot-2-inch, 335-pound Daniels will be a redshirt freshman this fall. A four-star member of Texas’ 2016 recruiting class, Daniels recorded 61 tackles and four sacks during his senior season at Euless Trinity.

Off the field, Daniels appears to be just as talented. Is he the most versatile athlete in Texas’ athletic department, though? Players on the women’s basketball team, after all, have showcased their dancing skills this season. Meanwhile, junior Ebony Nwanebu has been both an All-American and talk show host within the Longhorns’ volleyball program.