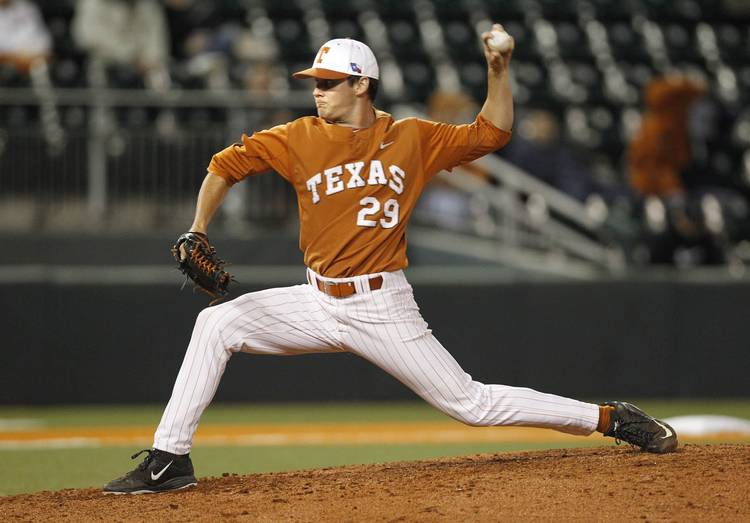 Down by a touchdown at UFCU Disch-Falk Field, Texas snapped a four-game losing streak by rallying to a 9-7 win over UT-Rio Grande Valley on Wednesday.

Jose Garcia led off the evening with a home run, and he later gave UT-RGV a 7-0 lead in the first inning with a RBI single. Boosted by two-run homers from Bret Boswell and Ryan Reynolds, Texas cut UT-RGV’s lead down to 7-6 by the end of the second inning. In the fifth frame, Texas tied the game on a sacrifice fly before taking a one-run lead on a UT-RGV error.

Those eight runs made a winner of Texas senior pitcher Jon Malmin, who relieved Connor Mayes with an out in the first inning. Malmin’s 6.2-inning appearance and 98 pitches more than doubled his previous career-high statistics, and he struck out seven batters for the first time. Beau O’Hara and Beau Ridgeway finished out the final two innings for Texas (14-10).

Kansas State (15-6) will be Texas’ guests for three games in Austin this weekend. Texas is looking for its first win in Big 12 play, while the Wildcats have their conference opener scheduled for Friday.

One and done: The best University of Texas one-year-wonders of all-time