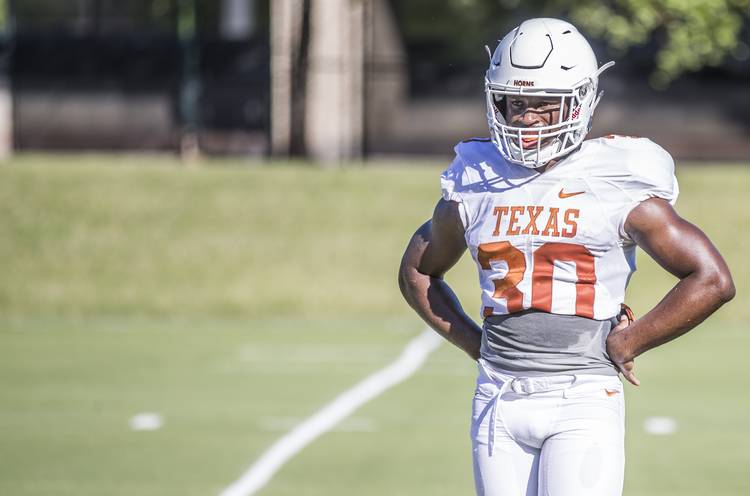 Ahead of its spring game, Texas has announced that nine players will miss the scrimmage with injuries.

The only real surprise on this list of absentees is Houston, a rising sophomore who was expected to split carries with early enrollee Toneil Carter. With the aforementioned quintet appearing on the injury report, Carter is the only scholarship recipient who will appear in Texas’ backfield. Walk-on rushers Tim Yoder and Trenton Hafley are also healthy.

The spring game will kick off at 1 p.m. on Saturday.

Social reaction: Horns up for the Texas spring game