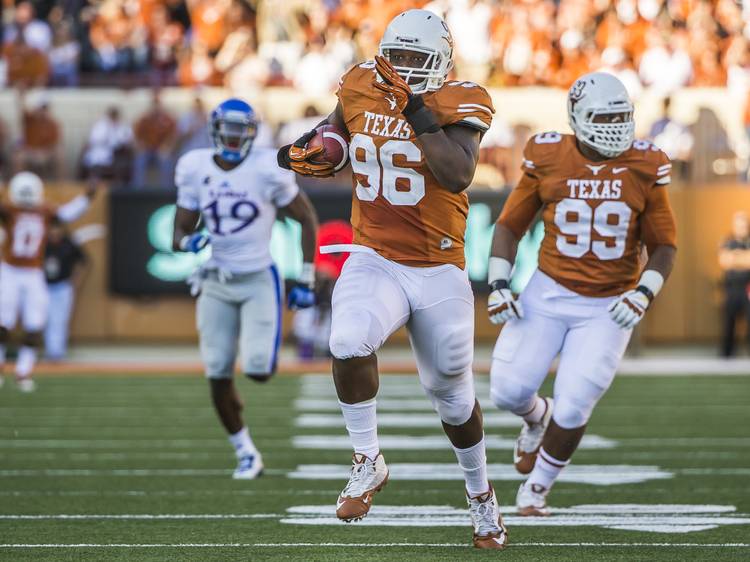 Let’s use Texas’ roster, history and scouting reports to countdown to the start of the 2017 football season. Today, we are only 96 days away from Texas’ home game against Maryland.

Which Longhorn wears No. 96? Nobody. Defensive lineman Marcel Southall wore that number in 2016, but the redshirt freshman recently left the team. Going further back, Texas fans might remember that number belonging to Chris Whaley (2010-13).

Fun fact about No. 96: Texas quarterback Shane Buechele ran 96 times for 161 yards in 2016. During Charlie Strong’s three-year tenure, 2016 was the only year in which he didn’t have a quarterback with triple-digit rushing attempts.