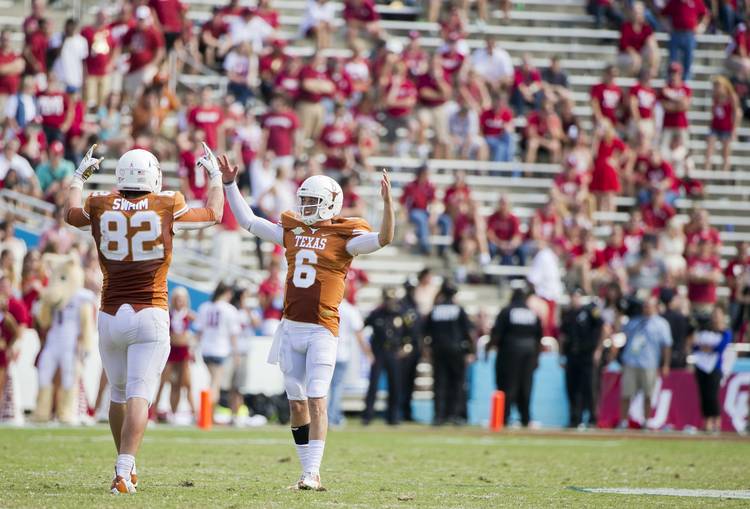 Let’s use Texas’ roster, history and scouting reports to countdown to the start of the 2017 football season. Today, we are only 82 days away from Texas’ home game against Maryland.

Which Longhorn wears No. 82? Junior Michael Wilson, a walk-on who saw some playing time on special teams in last year’s win over Notre Dame. Wilson has worn No. 82 since a 2014 season that also saw tight end Geoff Swaim listed under that number. Swaim was taken by the Dallas Cowboys in the seventh round of the 2015 NFL Draft.

Fun fact about No. 82: The longest punts in Texas history? Alan Lowry’s 82-yard punt against Baylor in 1972 and Jack Collins’ 82-yard boot against Cal in 1959. Texas junior Michael Dickson averaged a school-record 47.4 yards per kick in 2016, and his longest punt was a 74-yarder against TCU.

The Next 25: No. 19 Garrett Wilson’s versatility will help him down the road