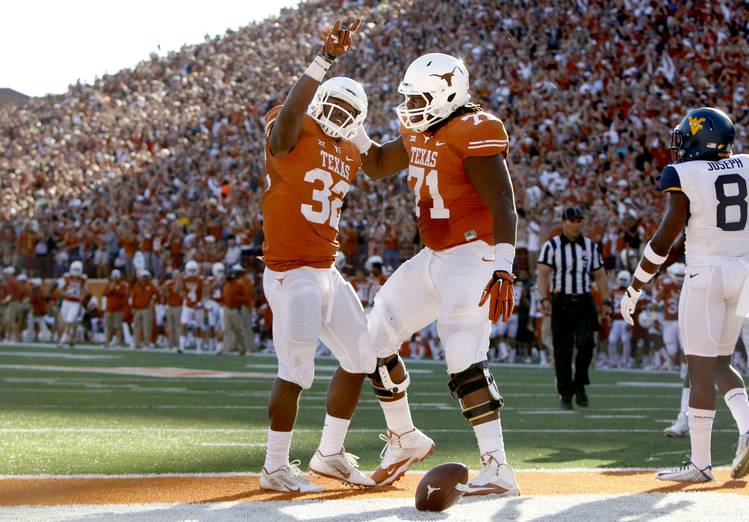 Texas running back Johnathan Gray was one of the top recruits signed by Texas this decade. (James Gregg)

Let’s use Texas’ roster, history and scouting reports to countdown to the start of the 2017 football season. Today, we are only 71 days away from Texas’ home game against Maryland.

Which Longhorn wears No. 71?  Freshman OL J.P. Urquidez, who redshirted last year. The 6-7, 290-pound Urquidez joined Devin and Donovan Duvernay and Patrick Hudson as ex-Baylor signees who enrolled at Texas following Art Briles’ ouster in 2016. Camrhon Hughes, the brother of current UT linebacker Naashon, once wore No. 71 at Texas.

Fun fact about No. 71: When it comes to Big 12 play, Texas has never exceeded the 71 points it scored in a 1996 rout of Oklahoma State. Texas has hit the 40-point mark seven times in its 20 meetings with Oklahoma State since that 71-14 triumph. The Longhorns have been held under 20 points in four of those games against the Cowboys.

The Next 25: No. 1 Brian Williams can do it all … and already is at Bishop Dunne