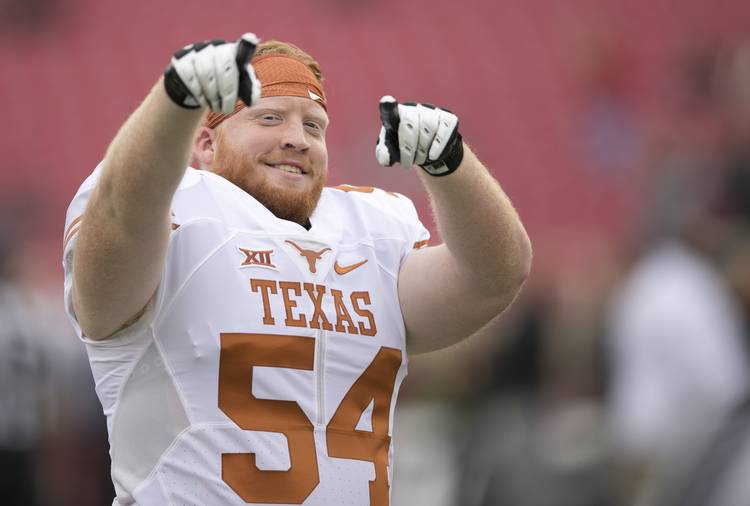 Let’s use Texas’ roster, history and scouting reports to countdown to the start of the 2017 football season. Today, we are only 54 days away from Texas’ home game against Maryland.

Which Longhorn wears No. 54? Senior OL Garrett Graf, a walk-on who made his first appearance on the collegiate level in last year’s 41-7 win over UTEP. Graf was a high school teammate of Texas DB Jason Hall at South Grand Prairie.

Fun fact about No. 54: DL Poona Ford ranked fourth among the Longhorns with his 54 tackles in 2016. Since 2012, Ford and Malcom Brown are the only 300-pound Longhorns to exceed the 50-tackle threshold.