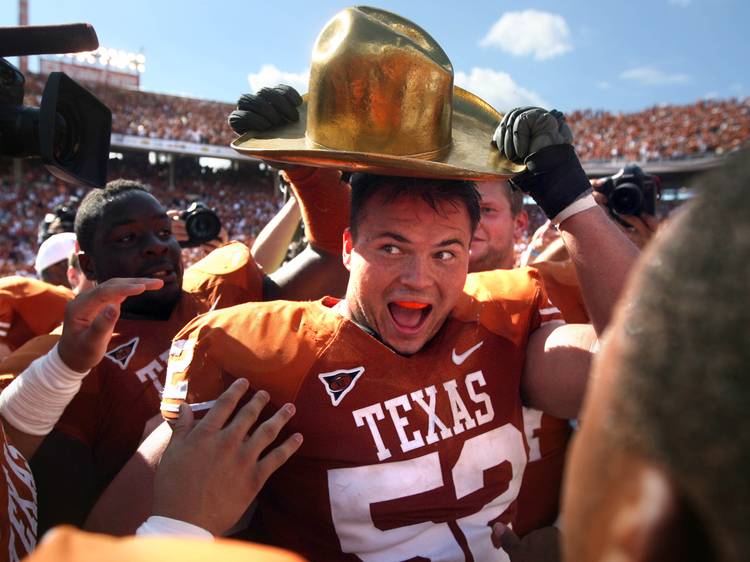 University of Texas (52) Charlie Tanner celebrates with the Golden hat trophy with against The Oklahoma Sooners at Cotton Bowl Stadium in Dallas. Ricardo B. Brazziell/AMERICAN-STATESMAN 10/17/09

Let’s use Texas’ roster, history and scouting reports to countdown to the start of the 2017 football season. Today, we are only 52 days away from Texas’ home game against Maryland.

Which Longhorn wears No. 52? Nobody yet, although that was incoming offensive lineman Samuel Cosmi’s number at Humble Atascocita. Charlie Tanner, who hailed from nearby Anderson High, wore No. 52 on Texas’ offensive line from 2005-09.

Fun fact about No. 52: The No. 52 is not a number that Texas fans should like seeing in their history books. Texas’ worst-scoring season was a 52-point campaign in 1938. UT also fumbled a school-high 52 times in 1976.